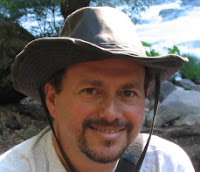 Transformational What?
(A guest post by Alon Shalev, author of The Accidental Activist.)

At a recent author's panel, I was asked what genre I write. I replied: “Transformational fiction.”
“What’s that?”
I was asking for it. I have adopted a phrase I heard from the presenter of a workshop at the Santa Barbara Writers Conference a couple of years before but never heard it used since.
I responded along the lines: “I write about change – ordinary people who want to help fight a social injustice and in doing so experience a life-shifting internal change.”
What followed was a meaningful conversation about the theme that runs through my books. In A Gardener’s Tale, the protagonist helps a young outcast become a meaningful and respected member of the community. In The Accidental Activist, my central character is a self absorbed computer programmer who takes up the struggle against a multinational corporation who is trying to silence protestors in order to get laid (well kind of), but discovers he can harness his talents to help improve the world.
I have written three other manuscripts and, in each, the protagonist goes through a transformative process. Unwanted Heroes will be released in January and tells the story of a young man who befriends a mentally disturbed war veteran and uses his talents to help the old man come to terms with his past and rebuild his life. As I wrote my novels, I never planned this common theme until The Accidental Activist was being critiqued.
The man who asked the question came up to me afterwards and we began discussing which social causes we each volunteer in and when we finished, I felt he had bought my book because of our newly formed connection. We have remained in touch and he later became, and still is, a regular contributor to Left Coast Voices.  I love to share my passion about social injustices and utilize my writing to cultivate relationships that can help empower us all to work for a better world.
I have tried to make my website fit that transformational flavor: the Richard Wright quote, the request to purchase my book at an independent bookstore and showcasing non profits and causes on the Left Coast Voices blog.
And so I will go out into the world and introduce myself: Alon Shalev. I write transformational fiction. And maybe one day, the person I am being introduced to won’t respond: “Transformational fiction – what’s that?”
Maybe one day they will even say: “Alon Shalev? Yeah I read your novels.”

Alon Shalev is the author of The Accidental Activist and A Gardener’s Tale. More on Alon Shalev at http://www.alonshalev.com.
Posted by Lori L at 7:00 AM