Atlantis: And Other Lost Worlds by Frank Joseph 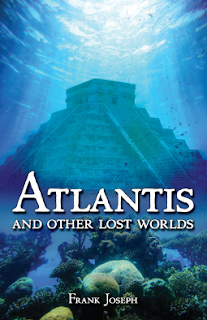 Atlantis: And Other Lost Worlds by Frank Joseph is a recommended for those interested in speculation about Atlantis and Lemuria (Mu).

After researching and writing a paper about Atlantis many years ago, the sunken city has always fascinated me. Joseph gathers evidence that he claims support the conclusion that Atlantis really existed, where it most likely was located, along with information about their religious beliefs, as well as other thoughts. He does the same for the lost civilization of Lemuria, also known as Mu. This is a book which is clearly for those who already have an interest in the topic.

Obviously, many books about Atlantis are going to have a lot of speculation rather than hard facts, which makes them entertaining, but not necessarily a scholarly work that will be taken seriously by experts. Joseph manages to present a plethora of conjecture along with some discoveries and facts that could be interpreted to potentially be Atlantis - and Lemuria. The most important thing to note is that there are no footnotes or chapter notes, so the reader has no other point of reference to refer to. There are archeological discoveries discussed, but no extensive research into them. There is only a limited bibliography.

I also wanted more pictures. There are some pictures, but certainly not enough to prove and document many things described. It also stretches my credulity when Edgar Cayce is a major source of evidence. Read it for fun if you are interested in the topic, but don't expect a serious scholarly work with well documented information.

Disclosure: My advanced reading copy was courtesy of the publisher for review purposes.
Posted by Lori L at 5:45 PM