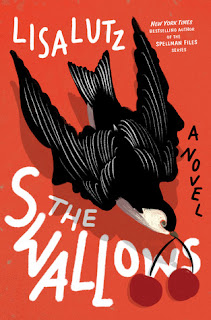 The Swallows by Lisa Lutz is a recommended social drama set in 2009 at a New England prep school.

Alexandra Witt joins the faculty as an English teacher at Stonebridge Academy. When Alex is assigned creative writing classes, she bulks, but takes it on after getting a few concessions she wants. In an assignment she asks students to answer several simple questions and turn then in anonymously. She knows this will mean some insight into her students and she also knows she will be able to figure out who turn in the papers. The papers result in some disturbing responses and Alex is determined to figure out how deeply entrenched the "boys will be boys" attitude is, who knows about it, and how long it has been going on at the school. As she points out, "Stonebridge may look like Green Gables, but it’s the Bada Bing Club for the preppy set." Starting at a new school is never easy, but Alex seems to be facing an unknown nemesis... or two.

A student, Gemma Russo, is determined to fight back against the boys, and the online Darkroom where they humiliate the girls, rate them, and score a secret competition between them. She's been planning her attack for years, but now she's gaining allies, including a first-year student named Linny, and discreet help from Alex. Gemma and her allies are planning to end the misogynistic culture prevalent at Stonebridge.

This is a well written social drama that captures the long pervasive attitude that sparked the "MeToo" movement. It really isn't a mystery, as the mystery part of the drama isn't really a mystery at all. It is easy to figure out where the plot is going and what the end game will likely entail. The narrative is told through multiple points-of-view, both teachers and students. The boarding school setting and the narrative through several students point-of-view, gives The Swallows a YA feel, although perhaps targeting an older YA audience. There is a chart Alex writes, and then her mom edits, that is a wonderful addition to the book and should be shared.


The main female characters are complex and well developed, however many of the male characters are more simplistic caricatures of badly-behaving males and thus less realistic. There is also a small handful of students and teachers in the novel when there are surely more teachers and students around. It was also stretching believably that the secret would be kept by so many students and that the teachers would be allowing the boys to do what they were doing. The Swallows isn't quite as good as Lutz's The Passenger, but would be better enjoyed by an older YA audience.