We had an exciting Movie Dude marathon. The first 4 movies were from Movie Dude's recently acquired Elvira Movie Macabre DVDs.

Elvira's Movie Macabre: Man-Eater of Hydra/the House That Screamed
Maneater of Hydra: 1967, A group of tourists spends a weekend on a lush island occupied by a demented botanist. Little do they know that carnivorous plants are the welcoming committee! A Spanish-West German co-production released in the former country as La Isla de la muerte ("The Island of Death"), in Germany as Das Geheimnis der Todesinsel ("Secret of the Island of Death").

The House That Screamed: 1969, Students keep disappearing from a French boarding school for troubled girls. Are they running away or are they being kidnapped?A Spanish production released in Spain as La Residencia ("The Residence").

Blue Sunshine: 1978, Several former college students find their former drug experiences catching up with them in an unexpected and terrifying manner in this horror movie.
Monstroids: 1978, a.k.a. It Came From the Lake, Monster; Monster is the story of young people whose lives are placed in jeopardy by the presence of a gigantic prehistoric lake monster created from toxic waste. 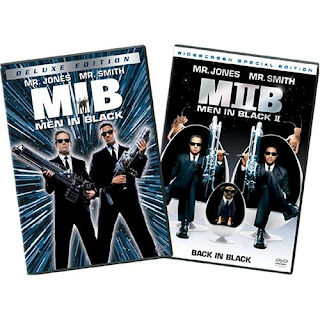 Movie Dude: Do you think Wonder Boy would ever be an underwear model?
Lori: Ask him.
Movie Dude: Wonder Boy, would you?
Wonder Boy: It is either 42 or I'm probably not going to answer the question.
Lori: Say "No."
Movie Dude: You want to model 42 pairs of underwear!?
Wonder Boy: No. The answer is no.
Just Me: That's what mom said to say.

Movie Dude: They were looking at me funny for wanting Elvira DVDs. I said she looked pretty darn good for 58.
Lori: Did that embarrass you?
Movie Dude: No! I actually felt kinda proud...

Movie Dude: There was something I was wondering Aunt Lori... How many calories does the Grim Reaper burn a day? I'm sure he works every day...
Posted by Lori L at 12:57 PM