For a Special treat, please allow me to present a guest post from Connie Corcoran Wilson:

It Came from the '70s: From The Godfather to Apocalypse Now
by Connie (Corcoran) Wilson, M.S 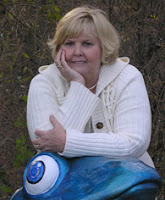 A long time ago, in a far-away corner of the state of Iowa (the Quad Cities), a young English teacher at Silvis Junior High School (Silvis, Illinois) approached the Editor of the Quad City Times newspaper (Davenport, Iowa) and said, "I could write your movie reviews for you. I have a Journalism and English degree from the University of Iowa and a Master's beyond that, and I've been obsessive about movies since the first one I ever saw. Plus, I used to hang out with the film crowd in college, including Nick Meyer, the director of "Time After Time." I've won a contest predicting the Oscars every year for 10 years, and I just won the (Moline, IL) Daily Dispatch Oscar-predicting contest. You don't have anybody local reviewing movies. Would you like me to take a crack at it?"
The gentleman who came out to talk to the English teacher from East Moline, Bill Wundram, assigned me to write a "trial" review of "Lipstick." I did. He hired me as a stringer and I dutifully trotted off to the movies 4 to 5 times a week and wrote up my impressions, typing "First Rights Only" in the top left corner as I had been taught to do in a Midwestern Writing Conference class taught by Max Collins (writer of "Road to Perdition"). I dedicated my book to Bill Wundram, who has been writing a column for the Times for 67 years, since 1944---longer than any other columnist in the country--- and continues to write for them today.
My reviewing for the Quad City Times soon included books and plays, but movies were my main focus. As Bill would later "blurb" on the cover of It Came from the '70s:  "Connie Wilson, the inveterate movie-goer, writes like you're sitting in the middle of the theater.  If anyone knows the silver screen, its hits and misses, it's Connie Wilson.  For years, she was a valued writer for the Quad City Times with weekly (sometimes daily) reviews.  This book is not only a good read, but a fine reference tool.  It makes me think of the days when an usher would call out, 'The best seats are now in the balcony.'"
After I sold my two businesses in 2002, I got out my old reviews, carefully preserved in nearly 15 scrapbooks, and began re-reading them, reliving the days when I was 25 to 35 years of age. These reviews read like a tiny time capsule. They could not be written this way today.  They preserved the history of the decade as it was occurring. With a few exceptions that had to be written from the viewpoint of looking back, these reviews preserve the zeitgeist of an era.
I began the process of trying to bring the 150 dots-per-inch of 1970 up to the 600 dots-per-inch needed for this book. It was not easy. In fact, the entire process of deciding what films to include and securing some original previously-unpublished photos from directors and searching through microfiche for missing reviews and reviewing a few of the major films from the vantage point of "looking back" took me 8 years. But I had always said I was going to do this "when I retired."
I'm not very "retired" right now, with 12 titles up on Amazon and a newly-launched e-book Imprimatur (Quad City Press), but this book was a true labor of love. I hope you enjoy reading about these 70's movies as much as I loved watching them and writing about them. (www.ItCamefromtheSeventies.com).
Thanks, Connie! Don't forget to enter the giveaway for It Came From the 70's luggage tags by July 30th!
Posted by Lori L at 8:00 AM

I can't imagine having to do that, It would be very frustrating for me. I'm glad you didn't give up!