One Moment In Time 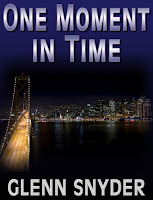 On a stormy November evening, Jack Barrett had plans to treat his best friend Travis to a night of fine dining and jazz. As they neared their destination, a truck ran a red light, plowing through Jack's car, and changing his life forever. Jack found a new outlook on life, and took on adventures that made him one of the world's most admired people. With each step, Jack grew as a person and a leader; piecing together a family from different corners of the world, while risking himself and his family to save others. Jack's impact on the world was like no other, but in the end, when the lights and the cameras were gone, Jack was about to die, or was he? Prepare yourself for a surprising ending that questions the very nature between life and death, reality and dream.


My Thoughts:
One Moment In Time by Glenn Snyder focuses on the life of Jack Barrett, a man who was destined to impact the world. It opens with twenty-three year old Jack and his friend Travis being involved in a horrible car accident. Then it jumps ahead in time to Jack at age seventy-five. He was elected World Chancellor in 2040 and is being interviewed by a reporter for a retrospective piece on his life. As the reporter asks questions about his life, Jack recalls several of the pivotal events in detail.
One Moment In Time is basically about the impact that one truly good person can have in the world and in the lives of all of the people they encounter. The novel swings from the reporter's questions about an event in Jack's life at the beginning of a section and then his detailed answer follows in subsequent chapters. It's sort of a This is your Life show.
Glenn Snyder said on Amazon: "Although it sounds cliché, the inspiration for One Moment in Time came from a dream.  It was one of those rare dreams that you remember well after you wake up.  As I began to write, the story came together very easily.  I wanted to write a story about the power of the individual, how one person can truly change the world, and the dream gave me the twist I was looking for.  I hope you enjoy reading about Jack Barrett as much as I enjoyed writing about him."

To be honest, I think One Moment in Time might have been more successful for me as a short story or a novella. It's not long at 270 pages (for the paperback) but the whole message might be more successful and the impact greater with a tighter narrative that moves along quickly.  Some of the details watered down the impact of the twist at the end because, well, as the saying goes "the devil is in the details" - and some of the details were presented in an overly simplified manner. And that's the problem. The details in several events were not necessary to propel the message of the story forward but since they were presented they most certainly detracted from the flow of the narrative for me.
But... the ending did make up for this deficit. Even though the description really gives away too much, I'm not going to say much more beyond the fact that the ending made me feel much more forgiving toward the flaws that were so glaring as I was reading. It isn't a complicated story and it's an easy read so you can get to that ending quickly.
Recommended 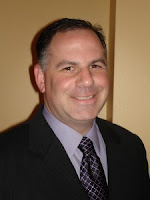 Glenn Snyder grew up in Marin County, a few miles north of the Golden Gate Bridge and San Francisco. After graduating from UCLA, Glenn worked as a finance professional. In 2001, Glenn earned his MBA from the University of San Francisco.  Shortly after his MBA, Glenn pursued two of his dreams, teaching and writing, while still working full time. For five years, Glenn taught Finance at San Francisco State University, while he also wrote the first draft of One Moment in Time. In May of 2011, Glenn published his first novel, One Moment in Time. Glenn is currently a Finance Director and is working on his second novel.

Disclosure: I received an advanced reading copy of this book from the author and Premier Virtual Author Book Tours for review purposes.
Quotes:
The thunder boomed from the heavens, rain slapping against the side of the office building, and Jack was oblivious to it all. It was nearing five o’clock in the afternoon, and for Jack, the evening wasn’t coming soon enough. A few more data items to input and he could get that invoice out to Dentaltech, like he promised the boss. “Jack, don’t rush through that invoice,” a voice directed from the office next door.
“Almost done, Dad.” Working for his father had its ups and downs. Location 28-32; opening

A few seconds later, after entering the intersection, Travis screamed, “SH*T! Jack!” The world suddenly moved in slow motion and all sounds were gone; there was a feeling of both peace and anticipation. Jack turned his head and saw the dark colored pick-up truck coming straight for them. Just before the collision, Jack caught a glimpse of the driver’s face, a face that would haunt him for the rest of his life. The world started up again with the screeching sound of metal on metal. Travis’ side of the car was broadsided. The point of impact was the rear tire on the passenger side, which caused the Mustang to go spiraling out of control. Jack’s mind was alert and attempting to process what was going on, if for no other reason, than to survive. The car was spinning like a bad amusement park ride. The world seemed to be moving at different speeds. The car was moving so fast Jack couldn’t count how many full circles. And yet what felt like a minute, in actuality, lasted two or three seconds. A moment in time. Location 73-81

“Good evening and welcome to United World News. I’m your host, Kate Sommers.” Kate paused for a brief moment. “Tonight is a very special night for one of the world’s greatest citizens, Mr. Jack Barrett. Jack Barrett, the primary driving force in world unification and the first person elected World Chancellor in 2040, is celebrating his seventy-fifth birthday today. Jack, let me start by saying happy birthday and what an honor it is having you on our program.”
The camera panned to Jack who sat up straight in his chair, right leg crossed over his left, and his hands resting comfortably in his lap. With a natural smile, Jack said, “Thank you for the invitation, Kate.” Location 108-114

“So Jack, you worked for your father from June of two thousand seven through two thousand nine up until the accident on Friday, November sixth. However, it was that accident that changed your life. Please tell us about it.”
Jack began to think back to that rainy, windy night in November. That night had not only haunted him every day since November thirteenth, two-thousand nine, but had made him who he was today. That night forever changed his life. Location 186-191

“Before the accident, that moment, I was content with working for my dad, hanging out with my friends, and just going through life as it was handed to me. But afterwards, my whole perspective changed. Outside of some physical therapy exercises, I was confined to bed rest for six months, not having the opportunity to go outside and feel the sun on my skin. Once I was able to move comfortably, I wanted to learn and experience the world and all of its complexities and nuances. I no longer wanted to have life handed to me, I wanted to live life in the most wondrous, exciting way I could.”
“That’s quite a challenge. What was your first step?”
“It took me about six months to recover to a point where I felt comfortable moving on my own. My doctors were surprised at my quick recovery, and I was anxious for some new scenery. I was able to move fairly well, and was getting better each day. So, I did something I had wanted to do since high school — go to Italy.” Location 271-279

He had come to Italy to experience the world, and in his first moments, he rescued a woman’s purse and was asked on a date by the most amazing woman he’d ever laid eyes on. On top of which, she lived in Berkeley. If this was any indication, Jack was going to be in for one incredible trip. Location 337-339
Posted by Lori L at 6:00 AM

Thank you for participating in the tour and for introducing me to your followers.

Thanks so much for taking part in the tour!