Danielle Landau knows she should feel lucky, but she can't feel anything but dread. Not only did she pass the New York Bar, but she married the man her father says is just right for her and lives in a fashionable new loft in Queens. But the man who seems like the perfect catch is a perfect nightmare at home. Jacob tries to control her career, her daily routine, and even what she eats. He ignores her desires and belittles her every chance he gets. Soon, Danielle doesn't recognize her husband or herself, and she struggles to find a way out. One night, Jacob pushes her too far, and now Danielle has to escape. Whit the help of her beloved Nana, Danielle moves across the country and starts to rebuild her life. But will she be able to escape her past? And when one of her clients finds herself in the same terrible situation, will Danielle have the strength to help her? As we follow Danielle on her journey of terror and recovery, we see her story intersect with the diary entries of a young girl from more than fifty years ago, and the full weight of the family's secrets becomes clear. This is a story of survival, self-discovery, justice, and ultimately about love.

Against My Will by Benjamin Berkley is a novel with a message. Danielle Landau, a well educated but somewhat naive 29 year-old Jewish woman, is set up by her father and a matchmaker to meet and date Jacob Liebowitz. While she is more concerned with getting the results from taking the bar exam and starting her law career, Jacob is trying to push her into taking their relationship more seriously than she originally thought it should be taken. After they marry, Danielle quickly realizes what a horrible mistake it was to marry this man who must always be in control and has now become abusive. She puts up with the abuse, trying to be a good Jewish wife, until it finally becomes too much for her to tolerate any more and she talks to her grandmother, who tells Danielle to flee.

While we follow Danielle's story we also read diary entries from Rose, Danielle's grandmother. Rose lived in Austria in WWII and was sent to the Mauthausen Concentration Camp. She was chosen to work in the Commandant’s kitchen, which resulted in her survival, but at a cost.

I must admit that as written, the character of Danielle's father was supremely annoying to me. All of the perfect catch talk and focus on Danielle's age as a reason she should marry someone right away just irritated me. And Danielle started off seemingly a woman with self confidence but then she let other's push her into this marriage. Ugh. I understand people-pleasers like to follow the rules, including sometimes other's wishes, but this seemed over the top for her to marry a man she really didn't seem to even like all that much.  Additionally, I quickly became weary of all the Yiddish. It also made me feel disconnected to the novel. A little less might have improved my reception of the story.

However, the main point of this novel is the message delivered through the story. Danielle eventually learns that no woman is ever her husband's property and that she is not required to do anything against her will or tolerate his abuse. It's an important message and one that you would think women would all understand today, but, alas, as I know all too well, women still fall into the trap of tolerating many forms of abuse because they are married or have religious beliefs that discourage divorce. Today, though, the vast majority of woman are not trapped, as Rose was, in their abusive environments with no means of escape.

Recommended for the message 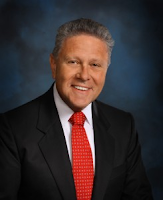 Growing up in Long Beach, NY, young Ben Berkley was fascinated by daily black-and-white re-runs of the TV lawyer show Perry Mason. After getting a B.A. in Speech and Hearing from Adelphi University in Garden City, NY, Berkley earned his law degree from Western State University in Fullerton, CA. For the past 34 years he has conducted a busy general practice which includes divorce, estate planning, family law, social security disability appeals and bankruptcy. He writes a blog for the Huffington Post and is the author of four self-help books. Against My Will is Benjamin Berkley’s fifth book and debut novel.

Disclosure: I received an advanced reading copy of this book from the author and Premier Virtual Author Book Tours for review purposes.

Thanks so much for taking part in the tour. I agree with you that it gives an important message. I actually loved the book.