Everyone has a bad day. Graduate student Ian Nash has lost his girlfriend in addition to being dropped from a Ph.D. program in theatre at a Southern California university. When he stops at a local coffee shop in the lobby of a bank to apply for a job, the proverbial organic matter hits the fan. A gang of four robs the bank, and things get bloody. Ian is taken hostage by the robbers when the police show up. Now he has to save his life.
FBI Special Agent Aleece Medina’s analysis of the bloody bank heist drives her into the pursuit of a robbery gang headed by two women. She doesn’t anticipate how this robbery will pit her against both the bandits and the male higher-ups in the FBI while the media heats up during a giant manhunt.
The robbers are about to kill Ian, and all he has at hand is his knowledge of the stage.


Blood Drama by Christopher Meeks introduces us to Ian Nash, a grad student who has been kicked out of his PhD program. To make matters worse, while applying for a job at a coffee shop in a bank lobby, Ian is taken captive by bank robbers lead by the Busty Bandit and her gang. What is different about this Busty Bandit robbery, however, is that this time it has turned deadly. Hot on Busty's trail is FBI Special Agent Aleece Medina, who is trying to discover the identity of the hostage while tracking down the robbers.

Once Ian manages to escape, one of the robbers, called Owen, seems determined to kill him. Owen leaves a trail of bodies while trying to track Ian down. Agent Medina is doing her best to find out what Ian knows and how it will help her track down the robbers. At the same time, Ian is determined to insert himself into the investigation in order to help Medina solve the case and bring the robbers to justice.

Ian is a hapless hero who uses his knowledge of theatre and deductive reasoning to solve clues about the robbers along side Agent Medina, who is fighting to solve and stay on the case. Even as she nears solving it, male higher-ups want to step in, take over, and, perhaps, take credit for the resolution. As they try to solve the case, Aleece and Ian also are fighting their attraction to each other.

Blood Drama was highly entertaining and extremely enjoyable. It is a combination black comedy and crime novel. The characters of Ian and Aleece are memorable, quirky, and unique. I  reveled in Ian's quoting David Mamet (or some other playwright or work of literature) to deduce and interpret the information he had to ascertain where the clues were leading them.

As always, Meeks is a gifted writer. He has a pleasing way of propelling the action forward while developing his plot and characters. I had an advanced reading copy so I'm not providing quotes, but I couldn't help but share this gem:
"English teachers liked using allusions the way kids love sprinklers."

I enjoyed Meeks Love at Absolute Zero quite a bit, but I liked Blood Drama even more. I'm hopeful that Meeks will bring back Ian and Aleece to solve another crime.

Christopher Meeks first published short fiction in a number of literary journals, and the stories 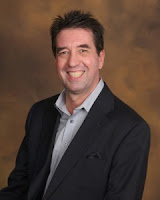 are available in two collections, The Middle-Aged Man and the Sea and Months and Seasons. Recently, he’s focused on novels. The Brightest Moon of the Century is a story of a man who yearns for love and success, covering over thirty years—a tale that Marc Schuster of Small Press Reviews describes as “a great and truly humane novel in the tradition of Charles Dickens and John Irving.” His last novel, Love At Absolute Zero, is about a physicist who uses the tools of science to find his soul mate–and he has just three days. Critic Grady Harp calls the book “a gift.” The new novel, Blood Drama, has him edge into a thriller. Meeks also runs White Whisker Books and publishes four authors.


Disclosure: I received a digital advanced reading copy of this book from Christopher Meeks and Premier Virtual Author Book Tours for review purposes.

Thanks for taking part in the tour. I'm glad you enjoyed Blood Drama so much!