Bringing together Oryx and Crake and The Year of the Flood, this thrilling conclusion to Margaret Atwood's speculative fiction trilogy points toward the ultimate endurance of community, and love.

Months after the Waterless Flood pandemic has wiped out most of humanity, Toby and Ren have rescued their friend Amanda from the vicious Painballers. They return to the MaddAddamite cob house, newly fortified against man and giant pigoon alike. Accompanying them are the Crakers, the gentle, quasi-human species engineered by the brilliant but deceased Crake. Their reluctant prophet, Snowman-the-Jimmy, is recovering from a debilitating fever, so it's left to Toby to preach the Craker theology, with Crake as Creator. She must also deal with cultural misunderstandings, terrible coffee, and her jealousy over her lover, Zeb.
Zeb has been searching for Adam One, founder of the God's Gardeners, the pacifist green religion from which Zeb broke years ago to lead the MaddAddamites in active resistance against the destructive CorpSeCorps. But now, under threat of a Painballer attack, the MaddAddamites must fight back with the aid of their newfound allies, some of whom have four trotters. At the center of MaddAddam is the story of Zeb's dark and twisted past, which contains a lost brother, a hidden murder, a bear, and a bizarre act of revenge.
Combining adventure, humor, romance, superb storytelling, and an imagination at once dazzlingly inventive and grounded in a recognizable world, MaddAddam is vintage Margaret Atwood—a moving and dramatic conclusion to her internationally celebrated dystopian trilogy. 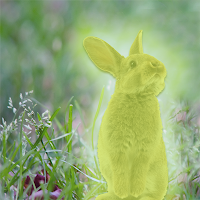 He tries to explain why the lights go on, but they’re puzzled. It’s obvious to them that the light bulbs are like lumiroses, or the green rabbits that come out at dusk: they glow because Oryx made them that way. (Location 811-813)

Having read the first two novels, I would encourage everyone to read them first before proceeding on to MaddAddam, however several reviewers feel MaddAddam can stand on its own merit. (Okay, let's be honest, anything Margaret Atwood writes can stand on its own merit.) There is a review of what happened in the first two novels at the beginning of MaddAddam that neatly summarizes the narrative in Oryx and Crake and The Year of the Flood, leading up to the current action.

The story of Jimmy, the Crakes, Toby, Zeb, Ren, and Amanda are all continued. This future depicts a society that has been wiped-out by a plague created by Crake. In the backstory we know that before the waterless flood, corporations ruled. Gene splicing and genetic alterations were common. Now human beings as we know them are almost all wiped out and the genetically altered wildlife and plant life flourish. I'm unsure about how much of the story to tell because I don't want to spoil anything for anyone who is planning to read all three books. If you look at today's headlines, though, Atwood's speculated outcome doesn't seem far-fetched at all.


Can I just say "Wow!"and "Bravo!" In MaddAddam Atwood did an astounding job continuing her story telling, mythology-making, and world building until they reached a credible conclusion. Yes, the big themes are heavy, cautionary, and serious and there are many profound statements and observations:


"But hatred and viciousness are addictive. You can get high on them. Once you’ve had a little, you start shaking if you don’t get more." (Location 323-324)

"Perfection exacts a price, but it’s the imperfect who pay it."( Location 719)

But there are also many humorous, lighthearted moments. Take these two exchanges between Toby and the Crakes:

"I am doing this thing with my hands on my forehead because I have a headache. A headache is when there is a pain in your head.
Thank you. I am sure purring would help. But it would also help if you would stop asking so many questions.
Yes, I think Amanda must have a headache too." (Location 1486-1489)


"Stupid means things Crake didn’t like. There were a lot of things Crake thought were stupid.
Yes, good, kind Crake. I will stop telling this story if you sing.
Because it makes me forget what I am telling.
Thank you.
So then Adam’s father..." (Location 1815-1819)

"Too bad Chuck was dead, in a way – he must’ve had some good sides to him, maybe he liked puppies – but now there was one less asshole in the world, and wasn’t that a plus? A checkmark in the column of the forces of light. Or darkness, depending on who was doing the double-entry moral accounting." (Location 1021-1023)

"Romance among the chronologically challenged is giggle fodder. For the youthful, lovelorn and wrinkly don’t blend, or not without farce. There’s a moment past which the luscious and melting becomes the crusty and wizened, the fertile sea becomes the barren sand, and they must feel she’s passed that moment." (Location 1501-1504)


Very Highly Recommended - one of the best.


Disclosure: My Kindle edition was courtesy of Random House via Edelweiss for review purposes. However, it should also be noted that while I'm thrilled to have received a review copy, I per-ordered my own personal copy of MaddAddam and am anxiously awaiting it's arrival.