Found, Near Water by Katherine Hayton 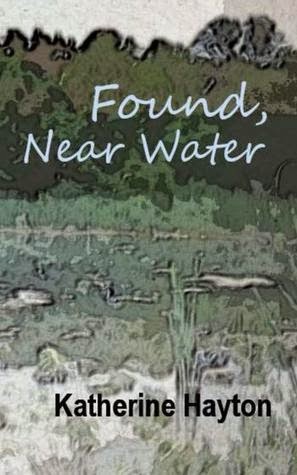 Rena Sutherland wakes from a coma to discover her daughter's been missing for days. No one's noticed, no one's complained, no one's searching.  The victim support officer assigned to her case, Christine Emmett puts aside her own problems as she tries to guide Rena through the maelstrom of her daughter's disappearance. A task made harder by an ex-husband desperate for control; a paedophile on early-release in the community; and a psychic who knows more than seems possible. And flowing beneath everything is a crime - perpetrated across generations - pulling them into its wake.

As a former psychiatrist, Christine Emmett should be the best victim support counselor around, but as the leader and member of a support group for women who have lost daughters, she is dealing with past trauma of her own that is still playing havoc with her life. When DSS Erik Smith of the Christchurch Police Department contacts her to talk to Rena Sutherland as her victim support officer, he really wants her to decipher the truth. Rena has woken up in the hospital after a car accident and wants to know where her daughter, Chloe, is. The trouble is that no one saw her daughter and the police aren't even sure they really believe she has a daughter. Once Christine determines that Rena is telling the truth, there is a mad scramble to look for her daughter. It's been days since the accident and so the trail is cold.

Interspersed between chapters are the stories of Terry, Ilene, Kendra, and Joanne, the 4 members of Christine's support group who have all endured the disappearance or death of their daughters. Adding to the tension is a known pedophile who has been released from prison, Rena's controlling ex-husband, and a psychic who claims to know where Chloe can be found.

Found, Near Water  was a riveting read for me. I found all the characters well developed and believable. You never know exactly what trauma a personal tragedy can extract on an individual's emotional health. The individual stories are powerfully written and emotionally charged. It makes the search for Chloe even more urgent and also more difficult for Christine to watch since she is still suffering from her own tragedy. The ending was not predictable and actually a surprise for me, which is nice. As a bonus, I rather enjoyed the New Zealand setting.


My Kindle edition was courtesy of Katherine Hayton for review purposes.