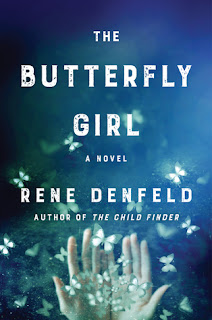 The Butterfly Girl by Rene Denfeld is a highly recommended investigative mystery.


Naomi Cottle is a child finder, a private investigator with a special ability to find missing children. Naomi returns to Portland, Oregon, to search for her missing younger sister. As a young child, Naomi escaped her captor, but had to leave her even younger sister behind. In Portland there are scores of young homeless children roaming the streets, doing all sorts of heartbreaking, risky things trying to survive. There are also young homeless girls that have been turning up dead in the city.

While on the streets, Naomi notices the children, especially a twelve-year-old girl named Celia, and the fear and mistrust in their eyes. Celia, who loves butterflies, escaped from an abusive stepfather and an addict mother. She fears for her younger sister, but no longer trusts the system to do the right thing. She feels safer on the streets with her friend Rich than she does in her home, and she always has the library where she spends time reading about and drawing butterflies. Danger is moving closer to both Celia and Naomi, as they slowly become acquainted.

This is a heartbreaking, beautifully written novel that showcases Denfeld's experience with and knowledge about homeless children living on the street and the foster care system. Although, at times, because of her personal experiences, the narrative does lose sharp focus on the plot and focuses more on the harsh realities and plight of the homeless children. It is an appalling situation, and stands out in stark contrast to Celia's dreaming about butterflies.

The characters are well-developed, and even though could easily follow the narrative, I think it might have been better to read The Child Finder first and then The Butterfly Girl.  I still felt like I was missing part of Naomi's story. So I recommend reading The Child Finder, the first book featuring Naomi first. The topics are harsh, and could be difficult for people who have experienced childhood trauma and sexual abuse. There is hope and a future at the end.

Disclosure: My review copy was courtesy of HarperCollins.
Posted by Lori L at 3:53 PM