The Deep by Nick Cutter 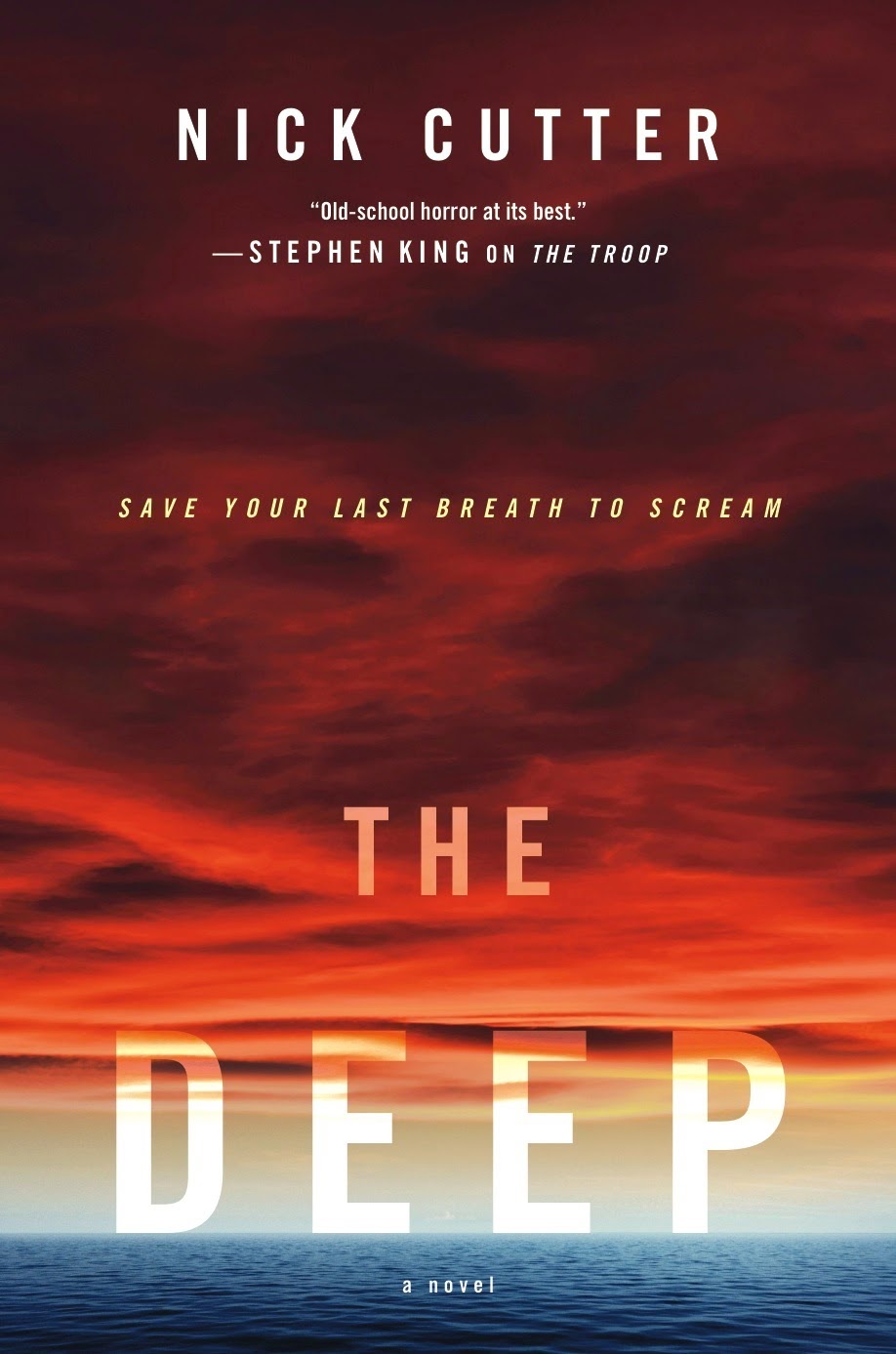 A strange plague called the ’Gets is decimating humanity on a global scale. It causes people to forget—small things at first, like where they left their keys…then the not-so-small things like how to drive, or the letters of the alphabet. Then their bodies forget how to function involuntarily…and there is no cure. But now, far below the surface of the Pacific Ocean, deep in the Marianas Trench, an heretofore unknown substance hailed as “ambrosia” has been discovered—a universal healer, from initial reports. It may just be the key to a universal cure. In order to study this phenomenon, a special research lab, the Trieste, has been built eight miles under the sea’s surface. But now the station is incommunicado, and it’s up to a brave few to descend through the lightless fathoms in hopes of unraveling the mysteries lurking at those crushing depths…and perhaps to encounter an evil blacker than anything one could possibly imagine.
Part horror, part psychological nightmare, The Deep is a novel that fans of Stephen King and Clive Barker won’t want to miss—especially if you’re afraid of the dark.

The Deep by Nick Cutter is a highly recommended psychological horror story.  Comparisons to an amalgamation of The Abyss, Sphere, and The Shining are all chillingly accurate.

Although the setup of this frightening novel mentions the new plague called the 'Gets, it's not about that. The real action in The Deep takes place in the Trieste, a deep sea research station in the Pacific Ocean - more specifically, a lab eight miles down in the bottom of the Marianas Trench. There a group of three scientists are studying a new substance called "Ambrosia." According to the support team on the surface of the ocean, they believe it will lead to a cure for 'Gets, as well as other diseases.

Veterinarian Luke Nelson's brother, Clayton, is one of the scientists. When the surface team loses all contact with the scientists and then receives a message from Clayton asking for Luke, they find Luke and transport him out to the support ship. There has also been a disturbing occurrence since Luke was contacted which is a major indication that something awful is happening on the Trieste. Luke has some personal demons he has been facing and there is no love lost between Luke and Clayton. Clayton is brilliant, but has always been a sociopath. They did both manage to survive a dysfunctional childhood.

Even as Luke descends in a submersible with Alice (Al) the pilot, it begins to become clear that they are entering a hostile, alien world. Once at the Trieste, the creepiness factor explodes. The darkness down there is total. The lab is full of strange noises, attributed to the tremendous pressure the structure is under - but can that account for strange laughter, or a pattering/scrabbling sound of footsteps? As the horror unfolds, Cutter uses a lot of flashbacks, dream sequences, and journal entries to propel the story forward. Nightmares seem to become real and the line blurs between awake and asleep.

Cutter, author of The Troop, does an excellent job slowly revealing more and more background on his characters while incrementally ratcheting up the mounting tension and terror. To be honest, there were times when it was almost too horrific for me, so keep this in mind. It is very frightening and depressing. This is certainly a "stuck overnight at the airport book." You will be awake and possibly biting your nails. You also might want to make sure the territory you stake out with your stuff is well lit and you aren't in a dark corner, alone.

Disclosure: My Kindle edition was courtesy of Gallery Books for review purposes.
Posted by Lori L at 5:00 AM