The Settling Earth by Rebecca Burns 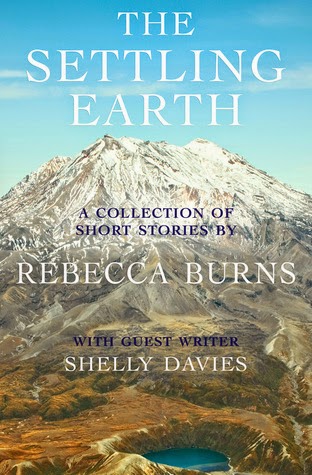 Marriage transplants Sarah thousands of miles from home; a failed love affair forces Phoebe to make drastic choices in a new environment; a sudden, shocking discovery brings Mrs Ellis to reconsider her life as an emigrant-The Settling Earth is a collection of ten, interlinked stories, focusing on the British settler experience in colonial New Zealand, and the settlers' attempts to make sense of life in a strange new land.

Sacrifices, conflict, a growing love for the landscape, a recognition of the succour offered by New Zealand to Maori and settler communities-these are themes explored in the book.The final story in the collection, written by Shelly Davies of the Ngātiwai tribe, adds a Maori perspective to the experience of British settlement in their land.


The Settling Earth by Rebecca Burns is a very highly recommended collection of interconnected short stories set during the colonial settlement of  New Zealand.

This is an exceptionally well written collection of stories that, when read together, capture a time and place through the eyes of many different characters all living during the 1800's in colonial New Zealand. Burns deftly captures the time, place, and characters so completely that I felt I had been transported back in time. In keeping the stories short, there was as much implied or left unsaid as was clearly explained.  At the end of the collection I felt like I had just finished a short novel where each chapter was written through the eyes of a different character.

Many of the stories feature women and the difficulties they faced in the settling of a new land. Motherhood is a theme, as well as the difficulties women faced when married or unmarried during this time and place. Many of the choices the women had to make were difficult and that is clearly presented even if as a fact rather than expounded upon. There is a sadness permeating the stories. There is some colonial superiority present but it is tempered with the smart addition of the last story, written by Shelly Davies of the Ngātiwai tribe, which features the reflections of a Maori native.

In the end I found this to be an excellent collection that should be well received by fans of the short story or those who appreciate historical fiction. The quality of the writing alone should merit some attention from many readers. I really appreciated the whole picture created by the interconnection of the stories told by each new character.

Disclosure: My Kindle edition was courtesy of Rebecca Burns via Netgalley for review purposes.