It was the traditional Spring Break Star Wars marathon 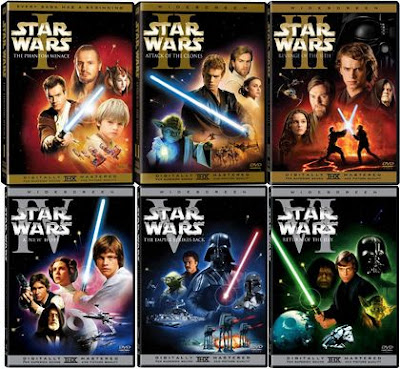 Frequently repeated comment heard during the original three movies which were altered with new CGI:

SHAME ON YOU, GEORGE LUCAS!

All the participants, except me, know their Star Wars trivia and often questions are asked and answered. Although I have often had questions, I never have had any answers - until today. A question arose: Did anyone know what Han Solo did that caused Jabba to put a bounty on him? Because I had read Star Wars: Rebel Dawn, book three of the Han Solo trilogy, I knew the answer to that question and several others. Yeah.
Posted by Lori L at 7:24 PM