On a Farther Shore

Published on the fiftieth anniversary of her seminal book, Silent Spring, here is an indelible new portrait of Rachel Carson, founder of the environmental movement
She loved the ocean and wrote three books about its mysteries, including the international bestseller The Sea Around Us. But it was with her fourth book, Silent Spring, that this unassuming biologist transformed our relationship with the natural world.
Rachel Carson began work on Silent Spring in the late 1950s, when a dizzying array of synthetic pesticides had come into use. Leading this chemical onslaught was the insecticide DDT, whose inventor had won a Nobel Prize for its discovery. Effective against crop pests as well as insects that transmitted human diseases such as typhus and malaria, DDT had at first appeared safe. But as its use expanded, alarming reports surfaced of collateral damage to fish, birds, and other wildlife. Silent Spring was a chilling indictment of DDT and its effects, which were lasting, widespread, and lethal.
Published in 1962, Silent Spring shocked the public and forced the government to take action-despite a withering attack on Carson from the chemicals industry. The book awakened the world to the heedless contamination of the environment and eventually led to the establishment of the EPA and to the banning of DDT and a host of related pesticides. By drawing frightening parallels between dangerous chemicals and the then-pervasive fallout from nuclear testing, Carson opened a fault line between the gentle ideal of conservation and the more urgent new concept of environmentalism.
Elegantly written and meticulously researched, On a Farther Shore reveals a shy yet passionate woman more at home in the natural world than in the literary one that embraced her. William Souder also writes sensitively of Carson's friendship with Dorothy Freeman, and of her death from cancer in 1964. This extraordinary new biography captures the essence of one of the great reformers of the twentieth century.


My Thoughts:
On a Farther Shore: The Life and Legacy of Rachel Carson by William Souder is a biography of Silent Spring author Rachel Carson. On a Farther Shore is being published on the fiftieth anniversary of the publication of Silent Spring. It seems to me that everyone should know who Rachel Carson is and what Silent Spring was about, but, much to my surprise, that is not the case. With its publication in 1962 Silent Spring exposed the dangers of DDT to the general public and really set into motion the beginning of the modern environmental movement. At the time DDT was the miracle pesticide and it was going to eradicate many of the pests that plague human populations.
Souder's thorough biography portrays Carson as an unassuming, likeable woman with great underlying strength. While she was trained as a biologist at a time when a woman in the sciences was uncommon, she also had always enjoyed writing. Carson found a way to combine her two interests. She worked for the U.S. Fish and Wildlife Service as a writer but also wrote articles in her free time. Carson never married and supported her family all her life.
Souder also covers many of the writers who influenced Carson (Richard Jeffries, Henry Williamson, and Aldo Leopold) and plenty of information about the times in which she lived (nuclear testing, cold war tensions) as well as the emerging discovery that pesticides perhaps were not the answer. Half the book covers the writing of Silent Spring and the repercussions that followed. Carson, exhausted from her battle with cancer and under enormous stress, died shortly after the publication of Silent Spring in 1962.
In On a Farther Shore, Souder, an esteemed environmental writer, has given us a very well written, well rounded, well researched tribute to Rachel Carson. The biography includes Notes, a Bibliography, and an Index (which makes me say, "Yes!")
Very Highly Recommended

Disclosure: My Kindle edition was courtesy of Crown Publishing and Netgalley for review purposes. 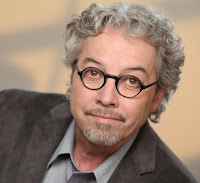 William Souder is the author of three books. "A Plague of Frogs" in 2000 followed the investigation of outbreaks of deformed frogs across North America. "Under a Wild Sky," a 2004 biography of John James Audubon, won numerous awards and was a finalist for the Pulitzer Prize. "On a Farther Shore: The Life and Legacy of Rachel Carson," will be published by Crown in September 2012 on the 50th anniversary of Carson's "Silent Spring." Mr. Souder lives in Grant, Minnesota.

The new book to which Kennedy referred, Silent Spring, was a bristling polemic about the indiscriminate use of pesticides. It was unlike anything Carson had previously written. Although not yet actually a book—it wouldn’t be published for another month—in June three long excerpts from Silent Spring had appeared in consecutive issues of the New Yorker. By the time of Kennedy’s press conference, the New Yorker articles had raised public alarm in the United States and abroad and prompted the chemicals industry to launch an angry and concerted effort to discredit Silent Spring and destroy its author. Location 91-95


Critics remarked, time and again, that there was something bracing and surprising in the fact that a woman should have such a profound understanding of the physical environment. They also believed her to be a heroic correspondent regularly at sea on research vessels hurtling through storms, or swimming among the fish teeming on the coral reefs of the tropics—a false impression that she never bothered to correct. A friend who once drew a caricature of Carson’s public persona had depicted her as an Amazon towering at the edge of a stormy sea, a harpoon in one hand and a writhing octopus in the other. Carson, who would have been more accurately shown hunched over a microscope or in the library surrounded by piles of books, thought the drawing hilarious. Location 109-115


When a comprehensive ban ended the era of atmospheric testing in August 1963, more than five hundred nuclear devices had been exploded aboveground—about two hundred of them by the United States. A by-product of these tests was the debris carried on high-altitude winds that eventually returned to earth as radioactive fallout—notably the isotopes strontium 90 and iodine 131. High concentrations came down in the central United States, where people, especially children, were exposed through the consumption of milk from cows that were pastured in areas where fallout landed. Radiation exposure was understood to be a potential health hazard, but for years there was no scientific agreement as to how serious it might be. In 1957 a group of prominent scientists who believed radioactive fallout had as yet done little harm to humans nonetheless urged the United Nations to seek an international limit on atmospheric testing. Location 183-189


The furor over Silent Spring began at once. In the weeks following publication of the first excerpts in the New Yorker, moody stories expressing shock and outrage began appearing in newspapers across the country. Some compared the book to Uncle Tom’s Cabin, and predicted an earthquake of change in the way pesticides were used. Most reports nervously welcomed Carson’s dire warning about chemical contamination of the environment, although many also acknowledged a rapidly building counterattack from trade groups and a chemicals industry that decried Carson’s book as unscientific and one-sided, arguing that she took no account of the economic and health benefits achieved through the use of pesticides. Location 200-205

Carson eventually discovered this was all a lie—that not only was one of the masses in her breast malignant, but it had already metastasized at least as far as her lymph nodes. Over the next two years, as she struggled to finish Silent Spring, Carson endured the cancer’s steady spread and a series of brutal radiation treatments that at times seemed to slow but could not halt the progress of the disease. When the Life magazine piece came out in early October 1962, Carson, who had never been sturdy looking, appeared haggard and elderly. Life glossed over this, describing her look as “gentle.” Location 278-282

Carson suffered from acne, which at times covered her face and shoulders. She had only a few, unusually plain dresses, all of them sewn by her mother. Like most of the other girls, she wore a bobbed hairstyle, sometimes with a tight Marcel wave put in with a hot iron, so that her hair fit the shape of her head like a helmet. Never shy in class, never unprepared, Carson always knew the answer to any question and was eager to give it. A few girls who got to know her a little discovered that Carson also had a subtle wit, was alert to pretense or shallowness, and could be slyly observant of her classmates. But this was a side of her personality she rarely showed off. Mostly invisible, Carson came off as a quiet, awkward girl who usually skipped social events and was thought to be either a recluse or a studious bore. Some students resented her academic skills and the earnest impression she made on her instructors.  Location 408-415
Posted by Lori L at 4:40 PM

I read one of her books about the ocean before I heard of Silent Spring, which made me more fond of her writing.

I very vaguely remember reading The Sea Around Us and I would guess that is the one you read too.