Stolen from the Garden

Stolen from the Garden by William Swanson 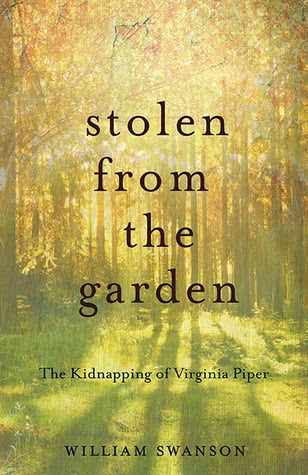 
On a July afternoon in 1972, two masked men waving guns abducted forty-nine-year-old Virginia Piper from the garden of her lakeside home in Orono, Minnesota. After her husband, a prominent investment banker, paid a $1 million ransom, an anonymous caller directed the FBI to a thickly wooded section of a northern Minnesota state park. There, two days after her nightmare began, Ginny Piper––chained to a tree, filthy and exhausted, but physically unharmed––awaited her rescuers.

The intensely private couple lived through a media firestorm. Both Bobby and Ginny Piper herself—naturally reserved and surprisingly composed in the aftermath of her ordeal—were subject to FBI scrutiny in the largest kidnap-for-ransom case in bureau annals. When two career criminals were finally indicted five years after the abduction, the Pipers again took center stage in two long trials before a jury’s verdict made headlines across the nation.

Drawing on closely held government documents and exclusive interviews with family members, investigators, suspects, lawyers, and others intimately connected to the case, William Swanson provides the first comprehensive account of the sensational Piper kidnapping and its long, eventful aftermath––and makes a case for the most plausible explanation for what really happened on that July afternoon.

Stolen from the Garden by William Swanson is a very highly recommended account of the 1972 kidnapping of Virginia Piper and the subsequent investigation and trials.

In 1972 when 49 year old Virginia (Ginny) Piper was kidnapped by two masked men from her home by lake Minnetonka in the Minneapolis suburb of Orono, Minnesota, her husband, Harry (Billy) Piper Jr., paid a $1 million ransom for her safe return.  After receiving the ransom, the kidnappers left information that Ginny could be found blindfolded, handcuffed and chained to a tree in a forested state park area outside of Duluth. Swanson recounts all of the details of the kidnapping, the search for suspects and the resulting two trials that failed to result in a conviction.

This is a fascinating book. Swanson explores and presents the information in a straightforward, concise format.  Between the FBI files and information from the surviving sons, and with a clear eye for details, he presents the final, but inconclusive results of the investigations. Stolen from the Garden is a riveting account of a real life cold case and is very highly recommended.


Disclosure: My Kindle edition was courtesy of the Minnesota Historical Society Press for review purposes.
Posted by Lori L at 9:00 PM