Blood on Snow by Jo Nesbo 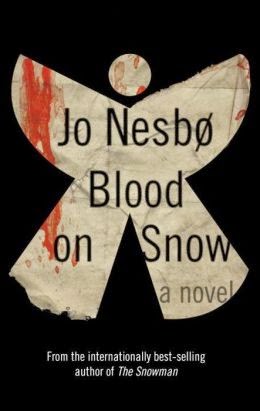 
From the internationally acclaimed author of the Harry Hole novels fast, tight, darkly lyrical stand-alone novel that has at its center the perfectly sympathetic antihero: an Oslo contract killer who draws us into an unexpected meditation on death and love.


This is the story of Olav: an extremely talented "fixer" for one of Oslo's most powerful crime bosses. But Olav is also an unusually complicated fixer. He has a capacity for love that is as far-reaching as is his gift for murder. He is our straightforward, calm-in-the-face-of-crisis narrator with a storyteller's hypnotic knack for fantasy. He has an innate talent for subordination but running through his veins is a virus born of the power over life and death. And while his latest job puts him at the pinnacle of his trade, it may be mutating into his greatest mistake. . . .

Blood on Snow by Jo Nesbo is a very highly recommended Nordic noir crime novel about a paid assassin.

It is 1977 and Christmas time in Oslo. Olav Johansen is a hit man, a fixer for the crime boss and drug kingpin Daniel Hoffmann. Olav, a sensitive, thoughtful man with dyslexia came into this position because he was seemingly unsuited for any other position within the crime organization. Fixing people is the one thing he has been successful at accomplishing.

After finishing a fix, Olav is contacted by Hoffmann for another job. This time Hoffmann wants Olav to fix his new, young wife, Corina. This puts Olav into a dangerous position. He already knows too much about his boss's past and this new fix will likely result in Olav being the next target. If he refuses the job, he will also likely be the next target. Olav must figure out a plan to survive. In the meantime, while watching Corina, Olav begins to become smitten with her.

I was totally engrossed in Blood on Snow from beginning to end. I can see why movie rights have been purchased for this short novel. Olav isn't the usual tough talking assassin. He's sensitive, a reader, thoughtful, and impossibly soft-hearted man who has compassion, even while being very good at his job. Nesbo excels at character development and does a great job with Olav in a smaller number of pages than one usually finds in one of his books.

This is sure to draw new fans to Nesbo's Harry Hole novels. While fans of Harry Hole might miss him here, I thought this was a very engaging, compelling novel and I was completely immersed in the action and invested in the character of Olav.


Disclosure: My Kindle edition was courtesy of Knopf Doubleday for review purposes.
Posted by Lori L at 6:00 AM