The Children's Crusade by Ann Packer 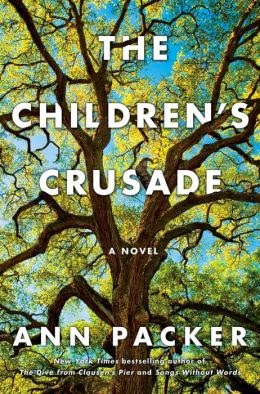 A sweeping, masterful new novel that explores the secrets and desires, the remnant wounds and saving graces of one California family, over the course of five decades.

Bill Blair finds the land by accident, three wooded acres in a rustic community south of San Francisco. The year is 1954, long before anyone will call this area Silicon Valley. Struck by a vision of the family he has yet to create, Bill buys the property on a whim. In Penny Greenway he finds a suitable wife, a woman whose yearning attitude toward life seems compelling and answerable, and they marry and have four children. Yet Penny is a mercurial housewife, at a time when women chafed at the conventions imposed on them. She finds salvation in art, but the cost is high.


Thirty years later, the three oldest Blair children, adults now and still living near the family home, are disrupted by the return of the youngest, whose sudden presence and all-too-familiar troubles force a reckoning with who they are, separately and together, and set off a struggle over the family’s future. One by one, the siblings take turns telling the story—Robert, a doctor like their father; Rebecca, a psychiatrist; Ryan, a schoolteacher; and James, the malcontent, the problem child, the only one who hasn’t settled down—their narratives interwoven with portraits of the family at crucial points in their history.

The Children's Crusade by Ann Packer is a very highly recommended novel that delves into the complex dynamics of a dysfunctional family.

Pediatrician Bill Blair bought the land for his Portola Valley, California home in 1954, before he was even married, before it was Silicon Valley. When he met Penny, he thought he had found the perfect wife to start his family with and build a home on his land. Four children later, however, Penny is overwhelmed and tired of being a mother. While Bill is devoted to his family, Penny yearns for a different life and emotionally distances herself from her children and Bill. After leaving them emotionally, she removes herself physically, moving into a former storage shed so she can pursue her own artistic interests. The children are well aware of their mother's distance and discuss launching a "children's crusade" in an attempt to recruit her back to them, to return their love.

The story of this family and the crisis that brings them all back together when drifter James shows up again is told through the memories of the siblings and their reflections on their life and growing up. Each sibling reflects on their childhood, looking back from the perspective of an adult and their recollections are as unique as each individual. Robert is now an internist, Rebecca is a psychiatrist, Ryan is a teacher, and James is still the problem child. As Rebecca, the only daughter poignantly says, "Or rather, I remembered my memory of the moment, because after so long that’s what memory is: the replaying of filmstrip that’s slightly warped from having gone through the projector so many times. I’ll never know what actually happened and what distortions I added."

I thought The Children's Crusade was brilliant. Chapters alternate between the past and the present, four years after their father's death. Robert, Rebecca, and Ryan all live in the area, while James has wandered for years.  With the family stories told through each individual's memories of the events in their childhood, the picture of the family dynamics is slowly revealed and made more complete as each sibling recounts a story, a memory, and a piece of the family's history. All of their memories are enlightening and sometimes heartbreaking.

Packer is a remarkable, accomplished writer. She is able to capture complex family dynamics with empathy and compassion while still articulating the little quirks and personality traits that make them each individuals. The past does reflect on the present and all of our expectations and desires color our views even more. My only quibble is that Penny's actions are never quite explained, but, then, her self-centered egocentric actions are, perhaps, self-explanatory - simply a fact based on her choices. She wouldn't be the first individual to tire of the self-sacrifice involved in parenting.

I can see where The Children's Crusade might resonate more with readers who come from a larger family and are a bit older. Personally, I have seen members of my family, all contemporaries of the characters in The Children's Crusade, go through some of the same personal reflection, with each individual, based on birth order and personality, seeing events differently. Rebecca's comment about memory being a filmstrip that is distorted and warped due to the many replays is powerful and this concept can explain some of the present day conflicts siblings can hold. Memories and resentments can be buried deep and stories distorted by each individual's recollections. The years and personal experiences add to and change the way you view events from the past.


Disclosure: My Kindle edition was courtesy of Scribner for review purposes.

I had not heard of this book before now. I like the storyline and concept of "strained motherhood" (which is every motherhood) It sounds interesting that although the mother leaves she does not move states away but rather to the backyard. I'm adding this one to my TBR.

It's definitely worth reading,Rhiannon, but the mother does end up moving states away, (which you will hear about pretty quickly so it's not really a spoiler).