I Saw a Man

I Saw a Man  by Owen Sheers 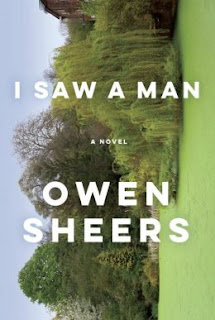 
I Saw a Man by Owen Sheers is a very highly recommended novel that features exquisite prose while dealing with love, loss, and secrets.


Grief-stricken Michael Turner has moved back to London after his wife Caroline Marshall, a journalist, is killed in Pakistan. In London he makes friends with neighbors Josh and Samantha Nelson, and their two young daughters, Rachel and Lucy. The comfortable friendship with Josh and Samantha help Micheal through the grieving process. On a Sunday in June an event happens that changes all of their lives.

When Michael stops by the backdoor of the Nelson house to retrieve a screw driver he had just lent to Josh that morning. Even though no one appears to be home, Michael notices that the door is unlocked, so he innocently steps into the house to grab his screw driver and then head off to his fencing lesson. As Micheal looks for his screw driver we are privy to his thoughts and the back story of his life and friendship with the Nelsons.

While it is just Michael, looking for a screw driver, this first half of the book is also a series of flashbacks. These help develop all the characters and also begin to slowly increase the tension. Then, totally unexpectedly, halfway through the book, after we have been introduced to all the characters and feel we know these people, we understand them, an event happens that changes the whole dynamics of the story. After this point we are also introduced to another character that even further changes the focus of the novel.

Ultimately this is a finely written novel with poetic phrasing and keen insight into the nature of grief, secrets, love, friendship, and lies. Sheers descriptions are utterly brilliant. Admittedly, Micheal's search for the screw driver seemed rather drawn-out and tedious, until the novel took a sharp turn down a parallel path. I'm also glad I waited a bit before writing my review, as my immediate response to this novel wasn't as favorable as it became upon more reflection. This is a novel that ages well. You will remember it.


Disclosure: My Kindle edition was courtesy of  Knopf Doubleday for review purposes.