Synopsis from the Publisher:

From an award-winning short story writer comes this spare, lively, moving novel, quickly embraced by critics and readers, portraying the strangely celebrated and unsupervised childhood of four hippie offspring in the 1970s and 80s. Based on the author's own upbringing, Flower Children tells the story of four children growing up in rural Pennsylvania, impossibly at odds with their surroundings. In time, as the sheltered utopia their parents have created begins to collapse, the children long for structure and restraint—and all their parents have avoided.

The first thing you need to know is that the 211 pages belie the reality - this is really more of a novella than complete novel. The pages have large margins and type, as well as large spaces between the lines. Put this book in a more traditional format and you are going to have about 100 pages. A case could also be made that this is really a collection of related short stories and since some of the stories previously appeared as such in different places, this may be closer to the reality. Apparently this novella was expanded form a prize winning short story. However, since Flower Children was published as a novel I'm going to evaluate it as one.

While the quality of the writing is certainly good and the concept intriguing, in the end this is an enjoyable yet entirely forgettable novel. I think that Swann needs to reevaluate her decision to make this a fictional account loosely based on her own childhood and just write a memoir. Either that or she should have perhaps abandoned the idea of expanding her prize winning short story into a novel. In my opinion a memoir would come across as more honest and, well, real. As it is now, there really isn't the character development necessary for a novel and this could be because Swann has some underlying assumptions that we know the story because she knows the story. The prose also seems disjointed at times, with some parts written in first person and some in third person. The current collection of interconnected stories turned into a novel actually needed some more work to tie the stories together more fully and develop the characters more completely.
Recommended 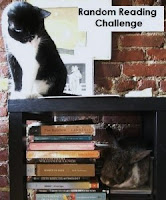 Their parents don't care what they do. They're the luckiest children alive! They run out naked in storms. pg. 2

Their parents are delighted by these children in every way, these children who will be like no children ever were. In this house with their children, they'll create a new world - one that has no relation to the would they have known - in which nothing is lied about, whispered about, and nothing is ever concealed. pg. 6

They learn not to swear. They get prizes for obedience, for following the rules down to the last detail. They are delighted by these rules, these arbitrary lines that regulate behavior and mark off forbidden things and they examine them closely and exhaust their teachers with questions about the mechanical functioning and the hidden intricacies of these beings, the rules.... pg. 12

They're mortified by what they know and have seen. They're sure that if they mention one word, the other children will go home and tell their parents who will tell their teachers who will be horrified and disgusted and push them away. But they also think they should be punished. They should be shaken, beaten, for what they've seen. pg. 12-13

Each of our father's girlfriends is weirder than the one before. pg. 52
Posted by Lori L at 11:01 AM