One day in early spring, Dorrit Weger is checked into the Second Reserve Bank Unit for biological material. She is promised a nicely furnished apartment inside the Unit, where she will make new friends, enjoy the state of the art recreation facilities, and live the few remaining days of her life in comfort with people who are just like her. Here, women over the age of fifty and men over sixty–single, childless, and without jobs in progressive industries–are sequestered for their final few years; they are considered outsiders. In the Unit they are expected to contribute themselves for drug and psychological testing, and ultimately donate their organs, little by little, until the final donation. Despite the ruthless nature of this practice, the ethos of this near-future society and the Unit is to take care of others, and Dorrit finds herself living under very pleasant conditions: well-housed, well-fed, and well-attended. She is resigned to her fate and discovers her days there to be rather consoling and peaceful. But when she meets a man inside the Unit and falls in love, the extraordinary becomes a reality and life suddenly turns unbearable. Dorrit is faced with compliance or escape, and…well, then what?

THE UNIT is a gripping exploration of a society in the throes of an experiment, in which the “dispensable” ones are convinced under gentle coercion of the importance of sacrificing for the “necessary” ones. Ninni Holmqvist has created a debut novel of humor, sorrow, and rage about love, the close bonds of friendship, and about a cynical, utilitarian way of thinking disguised as care.

I really liked The Unit. Since it was originally written in Swedish, there is always the possibility that some nuances have been lost in the translation, as in Rolvaag's books, but I thought this dystopian suspense novel held together quite well and my attention was riveted to it right up to the end. It does appear that The Unit has some similarities to Kazuo Ishiguro's Never Let Me Go, however there are also marked differences between the two. Besides, it could easily be argued that all dystopian novels share a common theme - along with the label. The Unit is a welcomed addition to the genre.

One of the more frightening and chilling aspects of this scenario, where certain people who are labeled dispensable must enter a Reserve Bank Unit for biological material, is that I could actually envision society heading in this direction. Left unsaid or simply mentioned as facts are several horrifying underlying societal assumptions. Written in a matter-of-fact way, The Unit joins the ranks of other cautionary tales of possible societal outcomes in a reaction to current events. It is a thought provoking, terrifying, and heart breaking novel that was well worth reading.
Very Highly Recommended 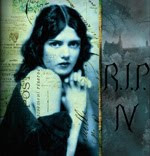 It was more comfortable than I could have imagined. A room of my own with a bathroom, or rather a suite of my own, because there were two rooms: a bedroom and a living room with a kitchenette. It was light and spacious, furnished in a modern style and tastefully decorated in muted colors. True, the tiniest nook or cranny was monitored by cameras, and I would soon realize there were hidden microphones there too. opening

Perhaps it was because of this "almost loving" that as late as six weeks before my fiftieth birthday, in a final attempt at least to gain a dispensation with regard to the date, I turned to him and asked him to save me - yes in my desperation I actually used that expression... pg. 10

My older sister Siv didn't exist anymore, at least I didn't think so. She had no children and was seven years older than me, so the probability that she might still be alive wasn't particularly great, that's if she had become dispensable.... pg 15

"I remember the debate and the referendum. I also remember that it really wasn't much of a debate to begin with.... and very few people took the proposal seriously. I wasn't particularly interested in politics, and I was far too young to be able to identify with concepts like middle age. Every time the subject came up, in the media or with other people, I heaved a bored sigh and turned the page or switched the channels or changed the topic of conversation. Societal issues of this kind just had nothing to do with me.... pg 23

The question came up again in different guises and different packaging, and somehow it had slipped into the manifestos of some of the bigger and more established parties, and when the referendum finally took place, opinion had shifted. pg. 24

Then day care became compulsory for eight hours a day for all children aged between eighteen months and six years. The housewife and her male provider have not only been out of fashion for a long time, they have been eradicated. pg. 27

As new arrivals we had four consecutive free days, Sunday to Wednesday. It was so we could make ourselves at home in the unit before the compulsory health check; after that we would be allocated to appropriate human experiments of begin to donate. pg. 31

"...They own everyone's life. And life is capital. A capital that is to be divided fairly among the people in a way that promotes reproduction and growth, welfare and democracy. I am only a steward, taking care of my vital organs." pg. 103

(Diane) Bibliophile By the Sea said...

GREAT REVIEW!!! I've seen several reviews on this one and everyone has seemed to enjoy it.

Jane - the scary part is how matter-of-fact it all is and how easily you could see government policies heading in this direction. There are also some clues that this system of dispensable people is going to become even more draconian.

Diane - Thanks! It really is worth reading!

Lori
You know I've seen this book in a couple of places. I have also read recently a few Swedish translations that I have really enjoyed. So I have added this as well. I really like your John Updike review policy... great!

Thanks, Shellie! The Unit really is quite good and may end up on my best books of the year list.