I'm starting a new series here on She Treads Softly called Movie Dude Weekend. The movie dude is my nephew who loves all things movie related. He and his brother often stay overnight on Friday nights. The evenings consist of watching movies and talking. Many of the conversations result in some unforgettable comments. Movie Dude Weekend will chronicle (maybe) all of the movies we watched and any conversational highlights from the evening.

Movie Dude Wisdom:
What happens when vampires get in the sun?
They burn.
They Burn.
What happens in Twilight?
They get sparkly, glittery, and pretty. I don't like the movie. Vampires are not teenagers forever.
Robert Pattinson is the worst actor of our time. Kristen Stewart is just cute and that's it. 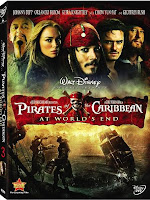 During the evening several games were played. During one, in homage to Donovan's Brain, we tried to mentally transmit images or sentences to everyone else in the room. The closest we came to information being sent and receive was:
Sent: I'm sticking two carrots up my nose
Received: I like carrots.
Pretty darn good for novices at mental telepathy, but we better all hold on to our brains for right now.
Posted by Lori L at 5:38 PM