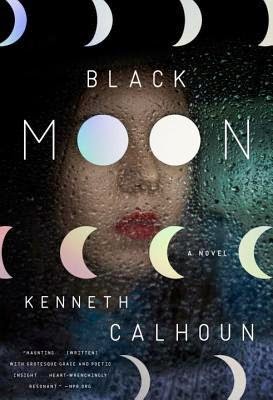 Insomnia has claimed everyone Biggs knows.  Even his beloved wife, Carolyn, has succumbed to the telltale red-rimmed eyes, slurred speech and cloudy mind before disappearing into the quickly collapsing world.  Yet Biggs can still sleep, and dream, so he sets out to find her.
He ventures out into a world ransacked by mass confusion and desperation, where he meets others struggling against the tide of sleeplessness.  Chase and his buddy Jordan are devising a scheme to live off their drug-store lootings; Lila is a high school student wandering the streets in an owl mask, no longer safe with her insomniac parents; Felicia abandons the sanctuary of a sleep research center to try to protect her family and perhaps reunite with Chase, an ex-boyfriend.  All around, sleep has become an infinitely precious commodity. Money can’t buy it, no drug can touch it, and there are those who would kill to have it. However, Biggs persists in his quest for Carolyn, finding a resolve and inner strength that he never knew he had.
Kenneth Calhoun has written a brilliantly realized and utterly riveting depiction of a world gripped by madness, one that is vivid, strange, and profoundly moving.

"To sleep, perchance to dream - ay, there's the rub;
For in that sleep of death what dreams may come"
Shakespeare, Hamlet Act 3 scene 1

Black Moon by Kenneth Calhoun is a highly recommended surreal story of a world plagued by insomnia. What happens when the person with the ability to sleep, and to dream, is the rare exception? Sleep deprivation causes hallucinations, a disconnect with the sensory world, and language centers in the brain can no longer keep your word usage in syntax. Certainly everyone has experienced at some point a time when they craved the restorative power of sleep, and desired the release of dreaming, perhaps to work out life's problems through the dreams. But we all know that you are also at your most vulnerable when sleeping, cut off from the world around you. What is even more dangerous in this changed world for those who can sleep is the murderous rage insomniacs feel when they see someone sleeping.

In this dystopian world several characters try to hide their ability to sleep, while trying to get sleep even when they know they will be killed if found.
The main character in Black Moon is Biggs, a sleeper. Biggs has watched the gradual disintegration of his wife, Carolyn, who is an insomniac. When she disappears, he sets off across a changed, dangerous urban landscape to find her as well as reflect on their life together.
Lila Ferrell is a teen whose parents are insomniacs. When they become a threat to her life when she is sleeping, they send her off to the research center they have heard about.
Chase, an oblivious college student, teams up with Justin, a former high school buddy who has been following the news, to steal sleeping pills.
Felicia, Chase's former girlfriend, is a lab assistant at a sleep research center where they are trying to fight their own symptoms.

Calhoun's writing is brilliant. Those who can sleep are also sleep deprived because sleeping is dangerous and he manages to capture the dreamlike fugue characters are wading through. I like the word hallucinatory used to describe Black Moon because he manages to evoke that feeling. His characters are traveling through a known world that has suddenly become an illusory deception. Real landmarks are there, but changed due to the restless wandering of the sleepless. Biggs is reflecting on a past and dreams he shared with Carolyn that may be delusive. What is real and true in a sleepless world where dreams are a rare anomaly? And is it sleep or our dreams that determine our humanity?

Disclosure: My Kindle edition was courtesy of Crown Publishing Group for review purposes.
Posted by Lori L at 11:32 AM