East Antarctica: The coldest, most desolate location on Earth. Two-and-a-half miles below the ice cap is Vostok, a six thousand square mile liquid lake, over a thousand feet deep, left untouched for more than 15 million years. Now, marine biologist Zachary Wallace and two other scientists aboard a submersible tethered to a laser will journey 13,000 feet beneath the ice into this unexplored realm to discover Mesozoic life forms long believed extinct – and an object of immense power responsible for the evolution of modern man.


In this sequel to The Loch and prequel to the upcoming MEG 5: Nightstalkers, New York Times best-selling author Steve Alten offers readers a crossover novel that combines characters from two of his most popular series.

Vostok by Steve Alten is a recommended thriller that brings back The Loch's popular marine biologist Zachary Wallace. Times are tough for Zachary. After Nessie was found, there have been some economic trials and now his marriage is struggling.  When Zachary is recruited to head down to Antarctica and explore Lake Vostok, which is located underneath miles of ice, he hesitates at first, but then agrees.

Predictably (and honestly, what we all wanted to read about), Zachary encounters some Miocene monsters in the deep as well as some monsters of the human variety. Then the novel takes an odd turn that I could go with, as long as there would be more creature action. Well, the creature action diminishes and the story becomes a sort of UFO encounter of the higher consciousness. Then the story morphs into a tirade against big oil set in Washington DC and conspiracy theories. Next it... Well, that will give you enough of an idea of the directions the plot takes.

Honestly, I was looking forward to the escapism of an action/adventure thriller. I thought that was what I was getting. Come on, look at the cover! At page 143 my eyes widened, I grinned, and said "Now that's what I'm talking about!" Then things changed, but I could go with the new twist. It is different, not what I was hoping for but, hey, I'm flexible. Then they changed again, and changed again, and.... Finally, the beginning of Vostok is noticeably better written than the last half of the book in my review edition. Now this could be changed in the final version, but it was glaring for me.

I loved The Loch and was anxious to read about Zachary's latest adventure. Vostok didn't quite live up to that promise. While it wasn't as preachy-bad as The Shell Game, it certainly wasn't as entertaining and wonderful as Alten's earlier works. For me, Vostok is a solid airplane book. It will keep you entertained. You'll likely want to keep reading to find out what happens next, but if you misplace it or switch to another eBook, you aren't going to miss it.

Disclosure: My advanced reading edition was courtesy of Rebel Press for review purposes. 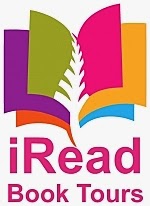