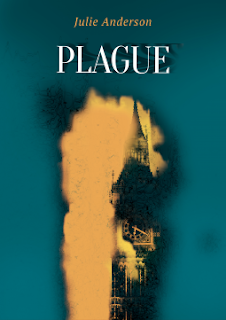 Plague by Julie Anderson is a recommended procedural mixed with a love story.

Cassandra (Cassie) Fortune is one of the attendees visiting the site where an ancient plague pit was discovered during work on a London tube line. A sudden collapse reveals another room with a body that is obviously a recent corpse. Then, a day later another body is discovered, killed in the same way, and also in a plague pit. This victim is linked to the Palace of Westminster, where rumors swirl around the Prime Minister and his rivals. Cassie, who is a civil servant trying to recover from an incident that left her in disgrace, is assigned by the Deputy Prime Minister to shadow Detective Inspector Andrew Rowlands who is investigating the case and is sure it is tied to previous deaths. Cassie and Rowlands begin to work together and uncover clues in the case. To make matters more complicated due to the deaths and the ties to a plague pit, the media is inciting fear and there are riots breaking out.

This is both a whodunnit and a love story, although the investigation into the murders and the reason behind them is much more interesting and compelling a plot element than the love story, which seems a bit out of place, way too rushed, and too convenience for the plot. Setting all aspects of romance aside, the actual details and pattern of the murders and rapes of victims is exposed and the case is clearly made that there is a definite ring of people involved in the murders. They need to uncover why these people are doing this, for what purpose, and who is involved. The fact that the media gets involved indicates someone is using them and leaking information to distract people and change the narrative and focus. The characters are interesting although not particularly well-developed. Cassie's disgrace is never revealed.

The plague and plague pits are only a distraction to the real plague of murders occurring. I was a little disappointed that during this time of plague that this wasn't a real plague story, but once the plot got moving it was clear Plague was going to be a complicated tangled web of evil actions which needed to be uncovered in order to stop the plague of murders and, quite frankly, torture of the victims by those in power. The description of all the sewer tunnels, rooms, and hidden rivers, etc. underground in London was fascinating and I may have to look for a book on that. (I want to see the maps.) This is a very good mystery/procedural that was diminished by the whole love story which made no sense.

Disclosure: My review copy was courtesy of Claret Press.