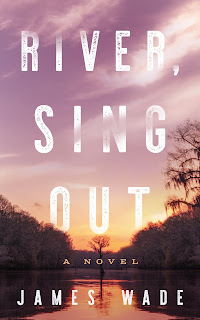 River, Sing Out by James Wade is a highly recommended, grim, violent novel set in the East Texas river bottoms.

In an area plagued by poverty and abuse, River, Sing Out follows young Jonah Hargrove as he helps a teenage girl, River. River shows up at his trailer in bad shape. She had stolen a backpack full of crystal meth from John Curtis, head a local meth distribution empire and dogfighting ring. The two end up running from Curtis and Dakota Cade, his murderous enforcer, who, along with all their henchmen, are looking for her. At the same time Curtis is having problems with the cartel that controls his supplies. Jonah and River what they can to flee so River can sell the drugs for the money but their outlook for survival looks bleak.

This is a very ominous, violent, bleak narrative where right from the start it is clear that there can be no redemption or good ending based on the characters. Everyone in this novel has secrets they are keeping from the other characters. Jonah is the only character, because of his age, that you will hope has a chance to overcome his situation and rise above his circumstances. Mr. Carson, an elderly neighbor who is Jonah's only real friend and support system helps Jonah as much as he can. It is better to enter into reading this novel knowing it depicts extreme poverty, brutality, and ruthlessness.

The prose is almost lyrical at times, with discussions of nature, eternity, and God juxtaposed with the severity of their circumstances. The pace is measured at the beginning and slowly picks up as the threat to Jonah and River increases. The chapters switch points-of-view from different characters, mainly Jonah, Curtis, and a mysterious man. River, Sing Out is a hard book to read due to the haunting subject matter and the cruelty presented, which will need to be taken into consideration when you start it, however, it is definitely worth reading.

Disclosure: My review copy was courtesy of the publisher/author.
Posted by Lori L at 12:27 PM