Crazy Love You by Lisa Unger 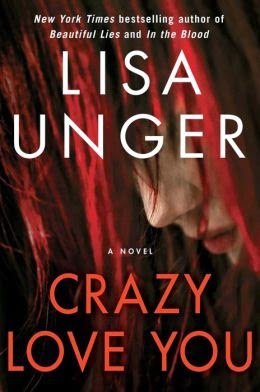 Falling in love can feel like a dream…or a living nightmare.
Darkness has a way of creeping up when Ian is with Priss. Even when they were kids, playing in the woods of their small Upstate New York town, he could feel it. Still, Priss was his best friend, his salvation from the bullies who called him “loser” and “fatboy”…and from his family’s deadly secrets.
Now that they’ve both escaped to New York City, Ian no longer inhabits the tortured shell of his childhood. He is a talented and successful graphic novelist, and Priss…Priss is still trouble. The booze, the drugs, the sex—Ian is growing tired of late nights together trying to keep the past at bay. Especially now that he’s met sweet, beautiful Megan, whose love makes him want to change for the better. But Priss doesn’t like change. Change makes her angry. And when Priss is angry, terrible things begin to happen…

Crazy Love You by Lisa Unger is a highly recommended psychological thriller.

Writer and illustrator Ian Paine is a successful graphic novelist with his series featuring characters Fatboy and Priss. In his comics Fatboy is a nerdy loser and Priss is the hot red head who champions him and avenges his tormentors. Fatboy is Ian's alter ego from back when Ian was a teased and bullied youth living in The Hollows,  a town about 100 miles from NYC where strange, ominous events seem to occur on a regular basis. Just as in his graphic novels, he had, still has, an amoral friend named Priss who still will do anything to defend him. Ian had a troubled childhood and Priss was Ian's only friend and confidant for years. But now Ian has a serious girlfriend, Megan, and he wants to start a new life with her, away from the drama that seems to follow in Priss's wake.

The plots of Ian's graphic novels mimic Ian's life. His editor is encouraging him to reach a conclusion to the story of Fatboy and Priss. In fact it may be time to end their storyand begin a new series.  The problem is that Priss is not pleased with these new developments. And when Priss is not pleased, events can take a destructive, even deadly turn.

As Unger's novel progresses, she has Ian's life clearly reflected in his graphic novels. No matter how far he has come from The Hollows, Ian is still Fatboy. But he is also self-destructive, over indulging in alcohol and relying on popping various pills to get through his days. Soon, it becomes unclear if Priss is really a person or a figment of Ian's imagination - and if she isn't real, then he has committed all the destructive acts he blames on her?

The complex plot in Crazy Love You shifts back and forth in time - and also between the present day and Ian's graphic novel plot. You'll need to pay close attention to what is going on with the fast pace and shifting events. There can also be a disconnect between what is real and what is a product of Ian's imagination. As the novel progresses, there is more and more information presented that will have you questioning what you previously believed to be true.

There are a series of short stories based in The Hollows which, although not necessary to follow the plot, might compliment Crazy Love You by providing some additional background.


Disclosure: My Kindle edition was courtesy of Touchstone for review purposes.