World Gone By by Dennis Lehane 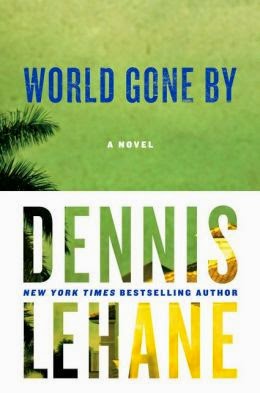 
Dennis Lehane, the New York Times bestselling author of The Given Day and Live by Night, returns with a psychologically and morally complex novel of blood, crime, passion, and vengeance, set in Cuba and Ybor City, Florida, during World War II, in which Joe Coughlin must confront the cost of his criminal past and present.
Ten years have passed since Joe Coughlin’s enemies killed his wife and destroyed his empire, and much has changed. Prohibition is dead, the world is at war again, and Joe’s son, Tomás, is growing up. Now, the former crime kingpin works as a consigliore to the Bartolo crime family, traveling between Tampa and Cuba, his wife’s homeland.A master who moves in and out of the black, white, and Cuban underworlds, Joe effortlessly mixes with Tampa’s social elite, U.S. Naval intelligence, the Lansky-Luciano mob, and the mob-financed government of Fulgencio Batista. He has everything—money, power, a beautiful mistress, and anonymity.
But success cannot protect him from the dark truth of his past—and ultimately, the wages of a lifetime of sin will finally be paid in full.
Dennis Lehane vividly recreates the rise of the mob during a world at war, from a masterfully choreographed Ash Wednesday gun battle in the streets of Ybor City to a chilling, heartbreaking climax in a Cuban sugar cane field.

World Gone By by Dennis Lehane is a highly recommended second novel in the gangster series featuring Joe Coughlin. World Gone By is a sequel to Live By Night (2012) in Lehane's series of historical novels that began with The Given Day (2008).

It's almost ten years since Joe's wife was killed in a bloody gangland battle. Now Joe is a devoted, single father to Tomas and a respected leader in the underworld of Tampa, Florida. Joe is a businessman, although the legalities of all his businesses may be in question, his control and influence never has been in doubt, until now. An imprisoned young woman manages to get in contact with Joe to warn him that someone has a contract out on him and his life is in danger. While this is perplexing to Joe, he starts to ask questions and speculations and rumors begin to unfold.

This is a complex novel with numerous different storylines going on at the same time so it is a novel that you have to pay attention to the characters and the relationships while reading. It is also a gangster novel, so the characters are not engaged in virtuous action, although there is some sort of honor among thieves, there is also a moral ambiguity concerning their actions. While Joe has a code of ethic, it is based on the whole gangster culture that he is an integral part of, even though he's not in the trenches as much as he used to be.

Lehane is always an excellent writer so this is not only a well written technically, there is also a complexity to the plot and character development that set his book above many others. Additionally, he includes many historical facts and characters.  World Gone By is a historical gangster novel, but it is not only about betrayal and bloody gang wars, it is also about fathers and sons, family ties, and fate.

While I have the previous two novels on my shelf, I haven't read then yet. That did not prevent me from enjoying this complex historical crime novel.