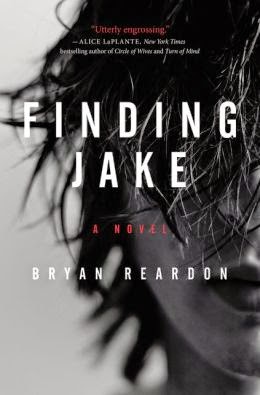 
A heart-wrenching yet ultimately uplifting story of psychological suspense in which a parent is forced to confront what he does—and does not—know about his teenage son.
While his successful wife goes off to her law office each day, Simon Connelly has stayed home to raise their children. Though Simon has loved taking care of Jake and Laney, it has cost him a part of himself, and has made him an anomaly in his pretty, suburban neighborhood—the only stay-at-home dad among a tight circle of mothers...
Then, on a warm November day, he receives a text: There has been a shooting at the high school.
Racing to the rendezvous point, Simon is forced to wait with scores of other anxious fathers and tearful mothers, overwhelmed by the disturbing questions running through his head. How many victims were there? Why did this happen? One by one, parents are reunited with their children. Their numbers dwindle, until Simon is alone. Laney has gone home with her mom. Jake is the only child missing.
As his worst nightmare unfolds, Simon begins to obsess over the past, searching for answers, for hope, for the memory of the boy he raised, for the mistakes he must have made, for the reason everything came to this. Where is Jake? What happened in those final moments? Is it possible he doesn't really know his son? Or he knows him better than he thought? Jake could not have done this—or could he?
But there is only one way to understand what has happened . . . he must find Jake.
A story of faith and conviction, strength and courage, love and doubt that is harrowing and heartbreaking, surprisingly healing and redemptive, Finding Jake asks us to consider how well we know ourselves . . . and those we love.

Finding Jake by Bryan Reardon is a very highly recommended, compelling novel about a family tragedy.

Suburban Delaware father, Simon Connelly, has been a stay-at-home dad for their children, Jake, 17, and Laney, 14, while his wife, Rachel, goes off to work at her corporate law office.  When Simon receives the message: "Shots have been fired at the high school. Calmly report to St. Michael’s across Route 5." Like almost any other parent in this situation, Simon knows: "It is not until I see other cars, driving as recklessly as my own, that I begin to understand. There has been a shooting at my kids’ school. My kids, Laney and Jake, are at the school. My kids are in danger. I am not afraid. I am not worried. I am protective, animalistic in my instincts. I will do anything to keep my children out of danger. I will die to protect them. This is not bravado. It is simple fact." He takes off for the high school and joins the other frantic parents waiting to hear of their children are safe.

When Rachel joins him and together they see that Laney is safe, Simon begins to understand that Jake is missing - and even though they can't find him, the police think he was helping the known shooter, Doug. Other parents begin to shy away from them and the accusations and recriminations quickly follow as news crews move in to cover the story. Simon reflects, "My thoughts trip and stumble. I am packing to leave my house, which is in the process of being searched because the police think my son shot thirteen kids today."

Simon, who has always felt insecure and wondered what role his decision to be a stay-at-home dad along with his own social awkwardness may have affected his children, reflects on Jake's life and the choices he made when Jake was younger. Chapters alternated between the present day and the past. We follow the current heart-breaking events along with the reflections on the past.

It becomes clear that both Simon and Rachel have had difficulties and struggles maintaining their marriage during this time they have held nontraditional parental/societal roles. But as we watch Jake grow up and how Simon handled parenting it also seems clear that no matter how much he questions himself and wonders if Jake could really be involved, that Simon is a good parent.

Reardon does a great job building suspense. I appreciated the format, with alternating chapters between the present and the past. Any parent wonders and reflects about how decisions they have made when their children were young may have influenced how they when grown. A tragic event would make this self-introspection even more acute. The format also serves to heighten the suspense.

Although comparisons are made between Finding Jake and We Need To Talk About Kevin, I found that the comparisons can only be made in the broad sense of the basic subject matter. Both novels are about a parent reflecting on their roles in their child's development, but not in the content of that introspection. To say much more would be a spoiler, but while vaguely similar, they are also very different novels.

Disclosure: My Kindle edition was courtesy of HarperCollins for review purposes.
Posted by Lori L at 5:00 AM