The Girl Who Survived 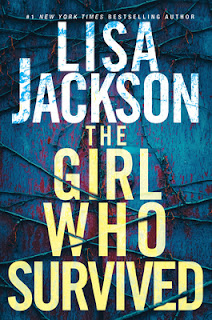 The Girl Who Survived by Lisa Jackson is a very highly recommended riveting thriller.

At seven-years-old Kara McIntyre is a survivor of a Christmas Eve massacre that wiped out her family. Her sister Marlie helped her hide, which led to Kara's survival, but then Marlie disappeared. Since that horrific night Kara has been struggling with her memories, recurring nightmares, and anxiety. Her brother Jonas was convicted of the murders but now, twenty years later, he is being released after a technicality and Detectives Thomas and Johnson are back on the case, reviewing all the evidence. Kara is unsure what to think. What she does know is that the release of Jonas brings with it a media frenzy as well as reopening all of her memories. And now someone is texting her about Marlie, saying "She is alive."

The opening of this intriguing novel will immediately capture your attention as it follows seven-year-old Kara during that gruesome night of blood shed. This will immediately elicit sympathy and you will care about what happens to Kara, especially when it becomes clear that the killer is not done and people involved in the case are starting to die again. Could it be Jonas? Or is the real killer still out there? Can Kara survive again?

Kara is a fully realized character and was portrayed in a realistic manner. Enough information is provided about the other characters to give background and keep the plot moving and introduce suspects.

The writing is excellent in this un-put-downable thriller. The plot is complex and moves at a quick pace. The narrative mainly follows Kara's point-of-view, with some chapters following Detectives Thomas and Johnson reopening the case, Wesley Tate, a reporter and son of the man who saved Kara, as well as a few other characters. When murders start happening again, you won't know who to believe as the suspense and tension rises. I was totally engrossed in from the beginning to the end.

Disclosure: My review copy was courtesy of Kensington via NetGalley.
Posted by Lori L at 8:55 PM