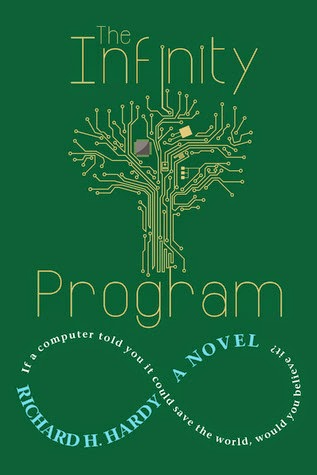 
Jon Graeme and Harry Sale are unlikely friends. Harry is a world-class programmer, but his abrasive personality alienates co-workers. In contrast, Jon is a handsome and easy-going technical writer, the low man on the IT totem pole. Sharing a love of nature, the men set out together, planning to go their separate ways--Jon on a hike and Harry, fly fishing. Three days later, Jon arrives at the rendezvous point, but his friend is nowhere in sight. When Jon finds Harry unconscious on the floor of a cave, Harry claims to have been lying there the entire time. But he is neither cold nor hungry. What Jon doesn't know is that Harry fell into an underground cavern, where he came into contact with an alien quantum computer. Back at work, Harry jettisons his regular tasks and concentrates exclusively on inventing new operating language to access the alien system. In the process he crashes his office's Super Computer and is fired. Jon convinces the company to give Harry a second chance, arguing that the system he has invented will make them millions. Jon has no idea what havoc Harry is about to unleash.

The Infinity Program by Richard H. Hardy is a recommended light science fiction novel with a major focus on office politics.

Jon Graeme is a newly hired technical writer whose boss sends him to get information from eccentric, curmudgeon-like programmer Harry Sale. His boss was under the assumption that Jon would fail to acquire what he needed, but instead Jon ends up befriending Harry. After a brief friendship the two go off on a fishing/hiking adventure together. While Jon hikes up the mountain, Harry stays behind to fish. Harry ends up falling into a mysterious hole in a cave. When Jon returns three days later, he finds Harry unconscious on the cave floor. When they get back to work, Harry begins programming 24/7 like a man possessed. In the cave Harry encountered an alien technology and he suddenly has an idea for a new programming language.

Rather than being a focused science fiction novel, it really is quite light on the sci-fi and heavy on the office politics. In fact, the whole scheme of office politics seemed a bit dated by today's standards. Currently, there are many avenues of recourse through Human Resources in place at large companies to handle cases of sexual harassment at work, an unreasonable request from a boss, etc. While it succeeded in creating tension and a protagonist, the office politics part of the novel felt like it was written 20 years ago.  Even the set up of the company seemed old school.

This is a simple, predictable plot, told in a simple, uncomplicated style. There is not a whole lot of character development. The world of programming is not presented in an intricate, detailed manner so anyone should be able to follow the plot without confusion or extra knowledge. There are some grammatical errors and other problems with the writing that you should be forewarned about before you read The Infinity Program.

For all its faults, I have to say that there was something charming about the uncomplicated quaint feel to the writing. Once my expectations were lowered, as far as any major plot twists or character development,  I actually enjoyed the book.


Disclosure: I received an advanced reading copy of this book from the author and Premier Virtual Author Book Tours for review purposes.    http://www.virtualauthorbooktours.com/

Thanks for taking part in the tour. I'm glad you enjoyed 'The Infinity Program.

I agree that it would be outdated to only have one female on the programming staff.