How to Bury Your Brother 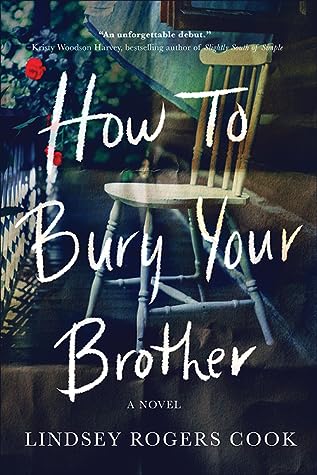 
How to Bury Your Brother by Lindsey Rogers Cook is a highly recommended look at a dysfunctional Southern family with secrets.

Alice's best friend, her brother Rob, ran away at age fifteen. She was five years younger than him and has missed him ever since then. Two decades later she is attending his funeral. His death, her mother tells her, was a heart attack due to an overdose on Oxycontin. She never had closure over his disappearance and death, so eight years later when her mother is in a memory care facility and she is cleaning out her mother's house she is shocked to come across Rob's guitar and a stack of seven letters he has written to various people. She also finds an autopsy report showing her family's lies. Alice is hurt that her mother hid all of this and never said a word to her. She is also hurt that she is not among the letter recipients, but she decides to find the people Rob wrote to and give them the letter he wrote to them years earlier.

This is a well-written, perceptive novel of dark secrets that families keep hidden and the secrets that are exposed but not acknowledged. Alice must not only face the secrets uncovered in the letters, she must also admit to the problems in her own life. As Alice delivers the letters, both truths hidden in the past and those not confronted in the future are revealed. She discovers some truths about her brother while she reexamines her relationship with her mother and, ultimately, she learns something about herself. While the pacing of the plot is uneven and interminably slow at times, it does pick up toward the end. Rob's story kept me reading. The final denouement is unexpected, but does tie in with the storyline.

Both Alice and her brother are well-developed characters. For all his problems, Rob becomes an appealing likeable character in the end after the letters are revealed. It is heartbreaking when he finally shares why he ran away. Alice mentions her husband's ongoing affair at the start but, much to my chagrin, just lets it slide without confrontation for much of the novel. Her inability to say something was off-putting. There were some other unanswered questions and encounters that made the end of the novel just a bit too pat for me. I do think this could be a good choice for bookclubs to discuss as there are plenty of issues presented that could evoke many reactions. 3.5 rounded up


Disclosure: My review copy was courtesy of Sourcebooks.