What We Forgot to Bury 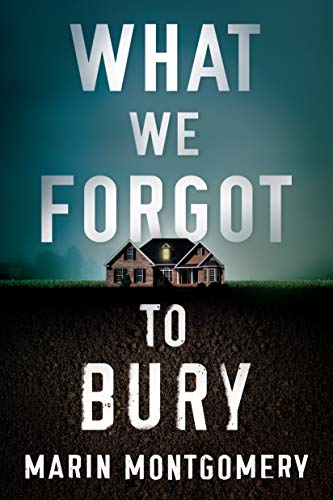 What We Forgot to Bury by Marin Montgomery is a highly recommended psychological thriller.


Due to a dark incident in her past, Charlotte Coburn doesn't trust anyone and is overly cautious about everything so when a teenager, Elle, knocks at her door during a severe storm, she is hesitant to help the girl. But the girl is clearly soaked through and the storm is severe, so she relents and allows the girl to enter her home. While Elle seems to be a typical friendly teen who truly just needed a place to shelter, that's not the truth. Elle chose Charlotte's house on purpose and planned the whole meeting. Elle's father is in prison and he blames Charlotte's lies for his unjust incarceration and claims she is the one who ruined Elle's family.

As the plot unfolds through the alternating points-of-view of Charlotte and Elle, both of them are unreliable narrators and both of them have their own dark schemes that require having a relationship with the other. Readers will catch both characters in lies and deceptions. It is unclear if you can trust either of them over anything. With both characters basically unlikable, what will keep you reading is trying to figure out the long con, what do each of the characters have planned have planned for the other. The characters are well-developed, but you won't know what you can trust, especially with Charlotte.

The back and forth narrative will hold your attention simple due to the calculating and duplicitous behavior you know is going on but is left unspoken.  While the novel does run on a little long and could be tightened up, it is still engaging. There are so many actions the characters take that will have you asking, "Why? That doesn't make sense." This alone kept me reading. I didn't suspect, however, where the ending would go until we were there. The final denouement is a little over the top, but What We Forgot to Bury is entertaining.
Disclosure: My review copy was courtesy of Thomas & Mercer.
Posted by Lori L at 1:34 PM