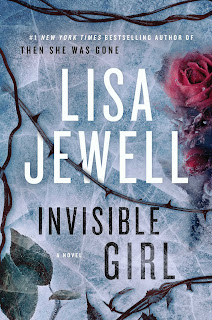 Roan and Cate Fours have had some struggles in their marriage after he had an affair but hopefully that is all behind them now. Cate, a physiotherapist, works from home so she is there for their teenage children, Georgia and Josh, while Roan is a child psychologist. When Georgia phones her, nervous that a strange man is following her, it turns out to be Owen Pick, a thirty-three-year-old man who actually is a neighbor and lives across the street from the Fours. Owen immediately is profiled as a creep by the Fours. They suspect he is responsible for the recent assaults of local women. Owen is a computer science teacher who has recently been suspended following a complaint filed against him by two female students. He strongly denies the accusations. While awaiting the outcome of the investigation, Owen begins to spend time online on incel web forums and begins to follow a very vocal, charismatic moderator.

At the same time seventeen-year-old Saffyre Maddox is following Roan. She used to be a patient of his for her self harming, but he released her from his care saying she was no longer in need of his help. Saffyre knows that he released her without actually getting to the real truth about the trauma that occurred when she was ten, which was the cause behind her self-harming. Saffyre knows Roan is having multiple affairs as she has witnessed his actions as she hides in the shadows watching. She also knows where he lives and has watched his family. Then Saffyre disappears on Valentine’s night and Owen becomes the main suspect.

Invisible Girl is one engrossing, disturbing, atmospheric story that kept me glued to the pages. Jewell kept me hypothesizing while the complex and twisty plot quickly moved along. There are enough twists to keep you guessing. I was guessing and making predictions about what was really happening but all my initial assumptions were proven wrong. The connections between all the characters emerged and the misunderstandings and disturbing twists increased. These characters are all broken people in some way.

The writing is great as the narrative alternates between the point of view of Owen, Saffyre, and Cate. Each of the characters is portrayed as unique individuals and in the chapters they narrate you will know who is talking based on their distinctive character development. Owen is a surprisingly sympathetic, misunderstood character. Saffyre is a unique teenager, a loner with a unique, introspective personality. Cate is still struggling with her suspicions of Roan's faithfulness, but she is also full of self-doubt and doesn't want to look into anything deeper since she is afraid of the outcome. Josh also comes in as a notable character toward the end.

Disclosure: My review copy was courtesy of Atria Books .