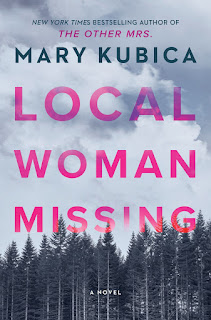 
This thriller grabs your attention right at the start. First, young mother Shelby Tebow goes missing. Then Meredith Dickey and her six-year-old daughter, Delilah, disappear in the same neighborhood. The narrative then jumps to eleven years later and follows the thoughts of a girl who has been trapped in a dark basement for years who is planning her escape. At this point the novel begins to alternate between the present day where Delilah’s younger brother, Leo, now 15, narrates the chapters. Chapters set in the past following Meredith, before she disappears, and the search for her after she disappeared. The chapters act together to create a complex, complete picture of what happened to the two missing women and ultimately who was responsible.

As the plot unfolds you will see the characters making a lot of assumptions and you will realize that you have also made assumptions while reading. Kubica uses this to her advantage as she introduces various characters who could be suspects. There are several very believable, appealing characters and several suspects. The reliability of any of her characters is never questioned - unless she wants you to. Let's be honest, Kubica is a pro at manipulating what you think as you read. As the narrative alternates back and forth in time it develops the story line, and this writing device also assists in controlling who you suspect.

The writing is very clever, complex, and the end will likely be shocking to most readers. I didn't find the denouement completely believable, but it certainly did surprise me. My dissatisfaction with the ending is because the guilty person really left no clues that they were suspect and the actions didn't seem realistic in terms of what we know about the character. This certainly makes the ending a surprise, but it does not necessarily mean a completely satisfying conclusion.


Disclosure: My review copy was courtesy of Park Row Books in exchange for my honest opinion.