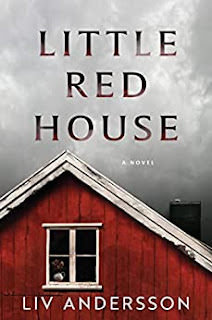 Eve Foster’s daughter, Kelsey, has run away and her mother traces her last known whereabouts to Nihla, New Mexico. It is 1997 and while Eve searches for her daughter, a serial killer has been targeting women in the area and the local authorities seem uninterested in finding the killer, as well as suspicious of an outsider asking questions. Years later Eve has passed away, survived by her adopted twin daughters. Lisa, the compliant twin essentially inherits all of the wealth and the estate in Vermont. Connie, the head strong daughter inherits a dilapidated house in Nihla, New Mexico with a yearly stipend of $5,000 and a caretaker that contractually has to stay for three years.

The narrative switches back and forth between Eve's search for her daughter in 1997 and the present day when Connie begins to investigate and ask questions about women who are still disappearing from the area and found murdered. In both time periods the people of Nihla keep tight lips and have little trust in those who are not from the area. In Connie's narrative we learn about the cruel games her mother played with her. A serial killer is loose in both time periods and it may be the same person.

The enjoyment in reading Little Red House is found in the cat and mouse search being undertaken in both timelines, by mother and daughter. The narrative moves along at an even pace and it held my attention throughout. It should also be noted that after a strong start, you must set disbelief aside while reading the novel as there are details in the plot that will leave you shaking your head. Eve is definitely portrayed as a totally unlikable and noxious character. Connie is certainly a more sympathetic character as she tackles her investigation into the murders. Both women have their moments of incredulity.

There is no question that the twists, reveals, and final denouement are a bit over the top. However, it is also an intriguing, interesting plot that will hold your attention even while you are shaking your head. I appreciate that the many questions throughout the narrative are answered in the end. This is an entertaining and intriguing novel that should appeal to many readers.

Disclosure: My review copy was courtesy of Crooked Lane Books via NetGalley.
Posted by Lori L at 11:58 AM