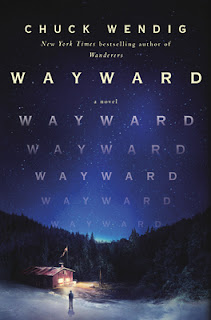 Wayward by Chuck Wendig is a highly recommended post-apocalypse sequel to his 2019's pandemic novel, Wanderers. Events in Wayward start in 2025.

In the Wanderers the "white mask" fungus devastated the world's population. The shepherds Benji, Marcy, and Shana helped the sleepwalkers cross the country to Ouray, CO, where the AI known as Black Swan kept them safe. Now the sleepwalkers are awake and the fungus threat mitigated, so the focus is on how people are living in this new reality. Now it is 2025 survivors Benji Ray, Shana Stewart, who is pregnant, Sheriff Marcy Reyes, and pastor Matthew Bird are in Ouray working on rebuilding society while the Black Swan threatens it. At the same time, Ed Creel, has assumed the presidency and lives in a bunker in Kansas where he is planning to raise an army to take over what is left of the world.

This novel takes a traditional format of a quest by a chosen few heroes who, in this case, are setting out to save the world. While this common plot formula makes some of the novel predictable, the world building is terrific and imaginative. The characters are realistically depicted and wonderfully portrayed. Along with the world building and character development, one of the best aspects of the novel is the glimmer of hope that the characters have in an impossible, challenging situation.

At 800+ pages, there is some fortitude required to undertake the novel. The good news is that the plot and writing is interesting enough to keep you reading. Alternating between the point-of-view of several different characters, the chapters keep the narrative moving while providing context. The political satire ever present in the novel does becomes a bit much and the whole plot element involving Creel could have been reduced without harming the elements that are good in Wayward.

Disclosure: My review copy was courtesy of Random House Worlds via NetGalley.
Posted by Lori L at 2:28 AM