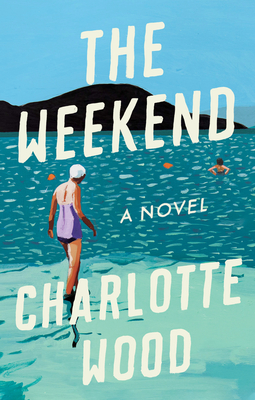 The Weekend by Charlotte Wood is a recommended character study of three longtime friends.

Jude, Wendy, and Adele have all been friends for many years. They are now in their seventies and are reuniting over the Christmas holiday in Bittoes, not far from Sydney, at their late friend Sylvie's beach house. They are there to clean the beach house out for Sylvie's partner before it is sold. The group is quite diverse. Jude is a once-famous restaurateur; Wendy is an acclaimed author and intellectual; and Adele is a renowned, but unemployed, actress. The four friends had a lifelong relationship, but with Sylvie gone, the dynamics of the group has changed. They know how each other will react, but can they remain close now.

Adding to the tension is Wendy's seventeen-year-old dog, Finn, who is nearing the end of his life. Wendy had to bring him, but he is not appreciated by Jude, who had exact plans for what would be accomplished this weekend. Adele is just out for Adele and insists on doing what she wants. Jude, who has been the mistress of a married man for years, wants to get this weekend over with so she can meet Daniel. The weekend culminates with the disclosure of a long held hurtful secret.

The women are certainly sharply observed and described, although they are limited to almost stereotypes, with each woman fulfilling her prescribed role as an aging woman. I didn't always find the narrative humorous as much as tedious, with incredulity over their connection. The main question they are all asking internally and I was certainly asking aloud throughout the narrative was this: Why on earth are these women still friends with each other? They may have all loved Sylvie (for whatever reason, as it isn't clear why she would hold this diverse group together) but there is very little love between them.

Currently living with an old dog nearing the end of his life (blind, deaf, in diapers, and he scrabbles around) I understood Wendy trying to give Finn the best end of his life time she could and I am sympathetic to her character. Jude and Adele were a different story. I did appreciated the commentary on aging and the exploration of what can be viewed as success and failure when one looks back at their life, but I'm not sure the emotional internal dialogue of each woman all the time was necessary. At the end I simply wondered why Wendy didn't set boundaries with the other two years before and, since I doubt they would have worked, why not end the tenuous friendship. I would have cut and run decades before this and certainly wouldn't be voluntarily spending a weekend cleaning out a friend's home with such disagreeable people.