Tell Me an Ending 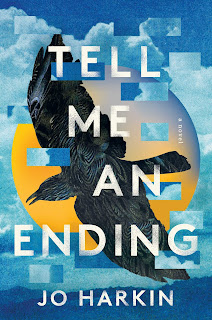 Tell Me an Ending by Jo Harkin is a highly recommended debut novel about a tech company that can delete unwanted memories.

Clients at Nepenthe, a memory removal clinic, are classified as two types. Self-informed clients know they had a procedure to wipe a recent memory. Self-confidential clients have chosen the option to forget they’ve had the removal. After self-confidential clients plagued by trace memories file a class action lawsuit, Nepenthe begins to to inform all self confidential clients of their deletion and offer memory restorations. Noor is a psychologist at a Nepenthe who begins to have some concern about the actions of her boss, Louise.

Four clients of Nepenthe are followed along with Noor. Mei is living in Kuala Lumpur and is experiencing trace memories of a city she doesn't remember visiting. Finn, an architect in the Arizona desert, suspects his wife of having an affair. William, a former police inspector, is struggling with PTSD, and breakdown of his marriage. Oscar, a wealthy young man who has almost no memories at all, spends his time traveling the world in a state of fear.

Set in an alternate near-present dystopian world, Tell Me an Ending is an imaginative, speculative science fiction novel that raises questions about the nature of memories and how those memories may make us who we are. If your worst memory could be removed, would it change you for the better or would you lose part of the fabric that composes your personality. If you began to have phantom memories, trace memories of some event you don't remember, would you opt to have the memory restored after learning you purposefully chose to remove it? Would you feel compelled to get an answer to what you had removed? So many hypothetical questions arise over the question of removing memories and beg for discussion. Harkin's novel offers thoughts over some of those discussions and explorations through the characters in her novel.

Tell Me an Ending is an imaginative and engrossing novel with a plot that will keep your attention throughout. The plot is character-driven rather than science based once the scenario is introduced along with the characters. Admittedly, some of the character's stories were more descriptive and compelling than others for me and it took a while for the novel to pick up momentum and offer connections. The story lines could have been tightened up because there was repetition in some of the characters questions and thoughts. Once the story lines begin to connect, and the characters begin to question their choices, it is hard to put down until the end.

Disclosure: My review copy was courtesy of Scribner.