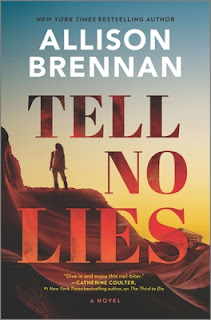 A young college intern is killed when out looking for a copper refinery's toxic waste dump site that she believes is responsible for a number of dead birds she has found in the area. Her death brings in FBI agent Matt Costa and a team to quietly, undercover, investigate the copper mine and their waste removal company. Included in Costa's team is Detective Kara, who finds an undercover job as a bartender, and Michael Harris, a former Navy SEAL who takes a job at the refinery. The refinery owner's son becomes an informant and Kara becomes friends with him at the bar in order to keep an eye on him.

The undercover case becomes more complicated when another death occurs and suddenly the case may be about more than toxic waste dumping. It becomes evident that there are even more nefarious activities going on in the area that are dark and disturbing. The team must figure out if all the disturbing evidence and clues are tied together with the refinery dumping or if they have even more illegal activity going on in the area.

Tell No Lies is a sequel to The Third to Die, which was on my list of the best procedurals of 2020. Although this is a very different case and the novel has a comparatively slightly slower pace at times, it is still features a wonderfully entangled, intricate plot with timely events happening. Tell No Lies can be read as a stand-alone novel as Brennan provides enough background information while providing more character development. Personally, I could have done without the relationship between Matt and Kara heating up, but on the other hand it worked well as a part of the over all plot. They both continue to be great characters.

The writing is excellent and will hold your complete attention from start to finish. The overall narrative presents a solid, meticulous mystery and the investigation follows the clues in an orderly, logical manner. Because this is a sophisticated novel that demands you closely follow the clues and action in the plot, you have to pay attention while reading. You'll also need to keep track of all the characters and their stories. While you might be able to predict parts of the ending, you won't know all of it and will experience several heart-stopping moments when the action is overwhelming.

Disclosure: My review copy was courtesy of MIRA Books.
Posted by Lori L at 11:49 AM