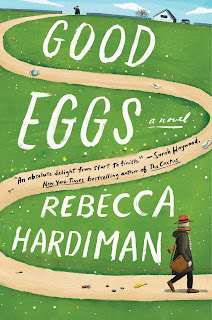 The Gogarty family is the manifestation of a real life Irish soap opera. The matriarch, eighty-three -year-old Millie, is a bad driver who has shoplifted one too many times at a local shop. The police are called and Mille is hauled into the station to wait for her fifty-year-old son, Kevin, to come in and talk to the police. The result of her shoplifting is that she must have a caretaker to keep an eye on her. Kevin finds Sylvia, an American, to keep an eye on Millie and take care of her, much to Millie's chagrin.

Kevin has his own issues. Unemployed, he is now the parent in charge of the family of four children, three living at home, while his wife, Grace supports the family and often has to travel for work. Their daughter Aideen, is a moody, recalcitrant teen who is sent off to a boarding school. Once there she befriends the school rebel. Kevin, however, has eyes for the school receptionist and sets out to have an affair. In the meantime, Millie and Sylvia eventually get along enough that Millie lends her a large sum of money.

That is just part of the events that make Good Eggs a campy, slapstick drama of preposterous proportions. This is not a novel to take too seriously. If you do, you will be very disappointed in it. Every event is a dramatic ordeal while the dialogue, especially anything Millie says, is exaggerated and melodramatic. Kevin is whiny and always feels beleaguered upon as he has to be the one to care for the family. You won't actually hear about him doing much caring or cleaning, however, but you will hear him complain, deal with Aideen and Millie, and lust over the young receptionist. Ultimately, Hardiman does demonstrate how much her characters care for one another.

The only characters that really have any development are Millie, Kevin, and Aideen. Millie and Aideen are the best developed of the three, but since the plot is decidedly comedic and even ludicrous at times, I didn't expect a whole lot of serious character development, especially after I started the novel and realized that the characters are presented more as caricatures. Millie's actions and words are often so absurd that they border on the ludicrous. Good Eggs is a comical, entertaining novel with some small serious keen insights, but mostly it is just a diverting lively romp with three generations of an Irish family.


Disclosure: My review copy was courtesy of Atria Books
Posted by Lori L at 2:29 PM