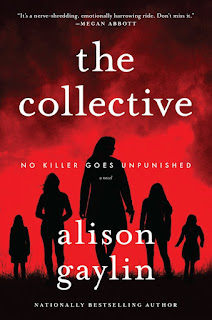 Camille Gardener is still grieving the loss of her 15 year-old daughter, Emily, who was raped and left to die five years ago by 17 year-old college student Harris Blanchard. During the trial Emily's reputation was besmirched and Blanchard was acquitted. Now Blanchard is receiving an award from the college and Camille is angry that he never suffered any consequences for his crime. She shows up at the ceremony and yells "Murderer" at him, is immediately arrested, and a film of her breakdown goes viral on social media. When leaving the police station a woman passes Camille a card with one word on it: Niobe.

First Camille finds Niobe, which is a facebook group of grieving mothers who have lost their children and the murderers have never been held responsible. This group leads to an invitation to a group on the dark web where mothers are free to vent their rage and revenge fantasies. Then Camille is introduced through private message to the vigilante group The Collective, who seek revenge in the real world by working together to make it happen. The rules for participation are strict, however, and noncompliance is not an option.

The Collective builds slowly at the beginning as it tells the backstory and establishes Camille anger, grief, and rage. She is unable to move on and this new group may provide a safe way to help her recover. You will hope it does, and it seems to be giving her the outlet she needs to openly rage against the injustice of her daughter's death among a group of mothers who support her. The group quickly takes a more ominous tone once she is invited to participate in The Collective and Camille begins to question certain things.

Camille is a mother full of grief, pain, and rage, so you might be able to sympathize with her even if her extreme and overwhelming emotions are out-of-control. You'll understand that she needs a support group, she needs a way to express her fury over the injustice meted out to Emily. She is not an especially likable character, and her stability is questionable, but she is certainly a realistic character.

Excellent writing propels The Collective forward to an irresistible, unputdownable thriller. The concept of grieving mothers desiring to extract justice without mercy raises the tension quickly. The plot quickly escalates in the second half and you will find yourself glued to the pages. This is an engaging and compelling novel that you will stay up late to finish. The ending was totally unexpected in so many ways. The Collective is an outstanding thriller!

Disclosure: My review copy was courtesy of HarperCollins.
Posted by Lori L at 12:42 PM