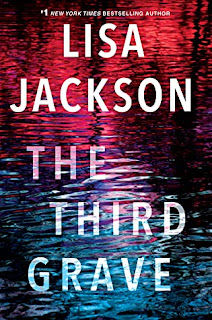 Instead of finding the reputed fortune when searching the cellar of the deteriorating Beaumont mansion after a hurricane hits the Savannah area, a petty criminal discovers the skeletal remains of two girls. Detective Pierce Reed is called out to the scene and his wife crime writer Nikki Gillette soon clandestinely follows. The two girls are the older two Duval sisters, Holly, 12, and Poppy, 10, who have been missing for twenty years. The search is now on for the perpetrator and the third and youngest sister, Rose, 5, who is still missing. The girls went to the movies with their older brother, Owen. Rather than staying with them, Owen left to spend time with his girl friend and became the main suspect but nothing was ever proven. Now it is time to take another look at the previous investigation and Owen. As Reed is officially investigating the cold case, Nikki ignores his order for her to stay away, sure that this case will result in a successful true crime book for her, and her poor decisions result in putting herself and others at great risks.

As the fourth book set in Savannah featuring Pierce Reed and Nikki Gillette, you can read The Third Grave as a standalone novel. There is enough backstory to easily keep up with the main characters as your compelling interest will be in the mystery and solving the case. The plot does have a slow pace at the beginning but it quickly picks up as more information is uncovered. Chapters alternate from the point-of-view of different characters, including the killer, who is determined to not be identified. The key to enjoying this novel is to focus on the plot, take note of the discoveries and new information uncovered, and catch the clues pointing to the identity of the killer. There will be a few surprises along the way.

I enjoyed the novel. The cold case and the investigation are interesting, however Nikki, as the novel unfolds, increasingly becomes an unlikable character. She takes unnecessary risks. She is self-centered. Her actions are impetuous and head strong. There are consequences to her actions, but she seemingly shrugs them off. She is not disagreeable all the time, but her determination isn't tempered by a thoughtful consideration of the consequences, which feels rather immature. I had to set my opinion about her aside and simply focused on the plot, which is interesting and will hold your attention.